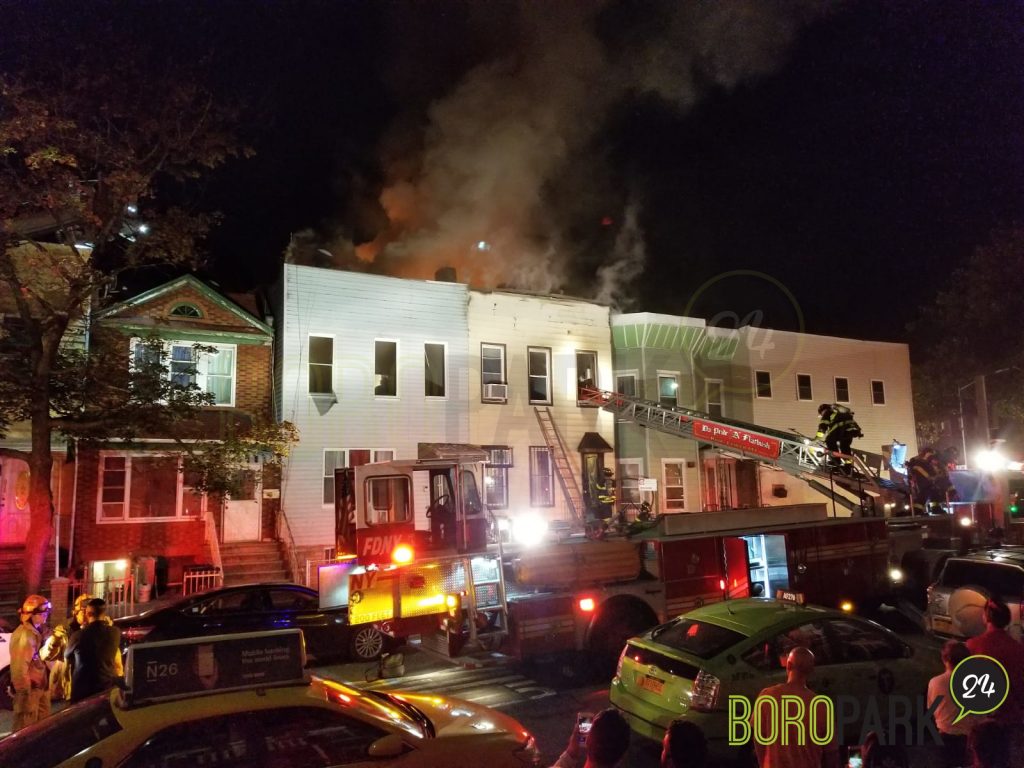 The massive blaze that destroyed a vacant house in Midwood last night left 34 people displaced from an apartment building next door that also caught on fire.

The fire began at a empty two-story structure at 312 Parkville Avenue, eating away at the building before jumping to the complex next door. The three-alarm fire prompted a huge response by the fire department, with 140 firefighters battling for two hours to extinguish the flames.

The smoke wafted throughout the quiet neighborhood and firefighters asked people to close their windows. One firefighter suffered a minor burn injury.

The fire affected 33 apartment units, and 34 residents were evacuated.
It is unclear at this point what caused the fire to break out.