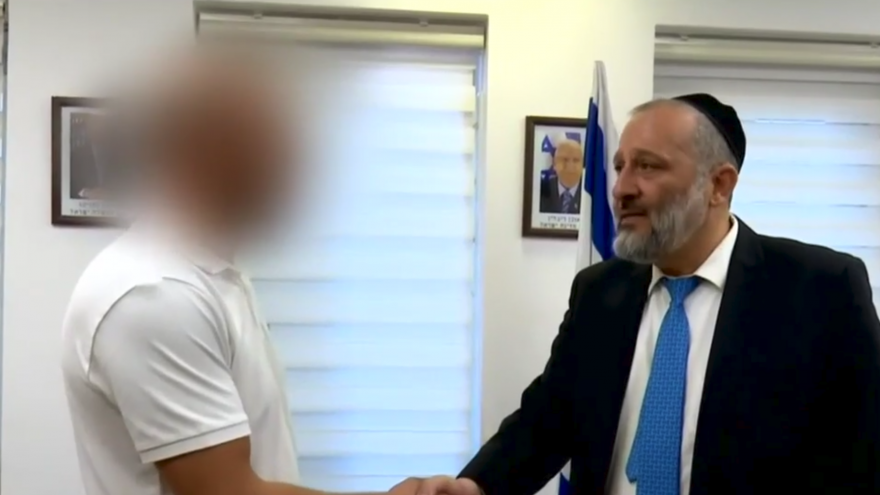 We don’t often hear of righteous Palestinians who save Jews from terror attacks. It happened last weekend, when Dr. Amin Mansour, a dentist, helped a father and son who had been stabbed outside his clinic in Azzun, in the Shomron.

And it happened in July 2016, when a Palestinian saved the lives of five Jewish children following a terror attack that killed their father, Rabbi Miki Mark, Hy”d, and seriously wounded their mother. The Palestinian man and his wife, a nurse, were traveling near Chevron when they came upon the overturned car of the Mark family, which had been sprayed with bullets.

The couple didn’t think twice. They stopped and evacuated the frightened children, some of whom were wounded, comforting them and waiting with them for emergency medical services to arrive.

“I took the boy and I hugged him. I gave him some water and applied iodine, and just kept telling him that everything was going to be OK,” the man recalled. “It doesn’t matter to me if it was an accident or a terror attack; it’s irrelevant. These are people, children, who need help, and if I can help, I will help them. The girl told me, ‘G-d sent an Arab to help us.’”

He also warned off other Palestinians who had arrived at the scene intent on finishing the terrorists’ job. “If any of you approach my car,” the man told them, “you will see what I am capable of. They are under my protection.”

When word spread of his deed, he was called a collaborator and a traitor and fired from his job. Israel issued him a work visa, but nothing for his wife and young son, who were left behind. When the visa expired it wasn’t renewed and he was left homeless.

That wrong was righted last month, when Interior Minister Rabbi Aryeh Deri granted the courageous Palestinian, his wife and his son residency. This followed two years of legal efforts on his behalf by the Shurat HaDin Israel Law Center and publicity generated by an item on his story broadcast on Israel’s Channel 12 news.

Palestinians who risk their lives to save Jews need to be encouraged and rewarded. It isn’t enough for Israel to protest the funding of terrorism and the terrible incitement in the schools and mosques. There needs to be a carrot as well as a stick.

Rabbi Deri showed his understanding of this when he presented the man, whose identity is being kept secret in order to protect him, with residency amid praise for his “selfless, noble” acts.

His gesture signaled others that Israel appreciates those who do the right thing and knows how to reward them. And that could save Jewish lives in the future.