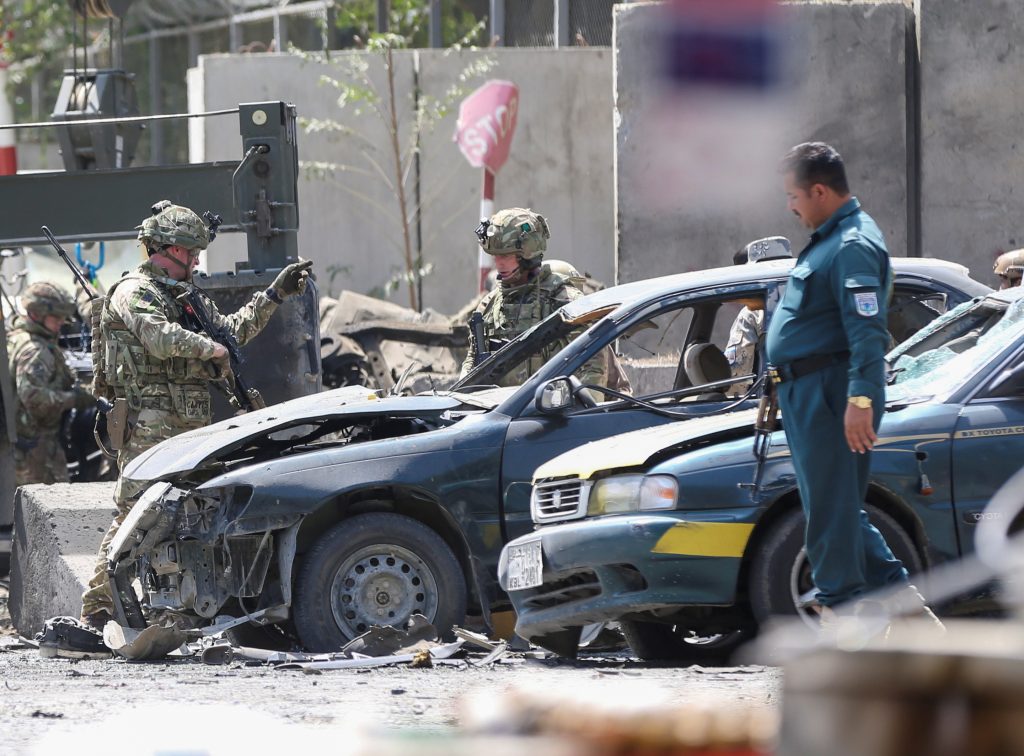 Afghan security forces, backed by U.S. airstrikes, killed two of the movement’s shadow provincial governors on Sunday, as fighting stepped up in the wake of the collapse of talks aimed at ending the conflict, officials said.

The operations, launched on Saturday night, were aimed at foiling attacks planned by the Taliban on Afghan forces, said a senior security official in the capital Kabul, adding that clashes have escalated following the collapse of diplomatic talks between the United States and the Taliban.

The defense ministry in a statement said at least 85 Taliban fighters were killed in a joint ground and air operation in southern Paktika province on Saturday night.

The figure was rejected by the Taliban, who said seven fighters had been killed and 11 wounded while casualties among the security forces were over 20.

“The rest of the claims are baseless,” the movement’s spokesman Zabihullah Mujahid said.

Clashes between the hardline terror group and Afghan forces intensified in northern Samangan province on Saturday where the Taliban’s shadow provincial governor, Mawlavi Nooruddin, was killed along with four fighters in an air strike in Dara-e-Soof Payeen district, local officials said.

The Taliban, who have validated a parallel provincial governance structure, separate from the Afghan government, denied the governor had been killed.

“He (Nooruddin) is alive,” said Zabihullah Mujahid, a Taliban spokesman said in a statement.

In a separate incident, Mullah Sayed Azim, a Taliban shadow governor for Anar Dara district in western Farah was killed in a joint Afghan and foreign force raid.

“Sayed Azim was killed along with 34 other insurgents in Anar Dara,” said Mohibullah Mohib, a spokesman for Farah provincial police.

Senior security officials in Kabul said several joint operations will be launched against Taliban and Islamic State fighters to prevent attacks on Afghan forces and civilians ahead of the presidential polls on Sept. 28.

Fighting picked up in several parts of Afghanistan last week after President Donald Trump’s abrupt cancellation of talks with the Taliban aimed at withdrawing U.S. troops and opening the way to end to 18 year-long war in Afghanistan. Last week the Taliban killed four Afghan special force members in a car bomb blast.

The Taliban, who now control the most territory they have had since 2001, are demanding the withdrawal of all foreign forces from Afghanistan.

The U.S. forces, which provide all-important air support to Afghan troops, have entered into an intense offensive mode after the collapse of talks, said a senior security official.

“The determination to wipe out Taliban safe havens has gained a fresh momentum,” he said on conditions of anonymity, adding that the clashes will end once the Taliban declares a ceasefire.

Some 14,000 U.S. troops remain in Afghanistan, training and advising Afghan forces as part of the NATO-led Resolute Support mission and conducting counterinsurgency operations.