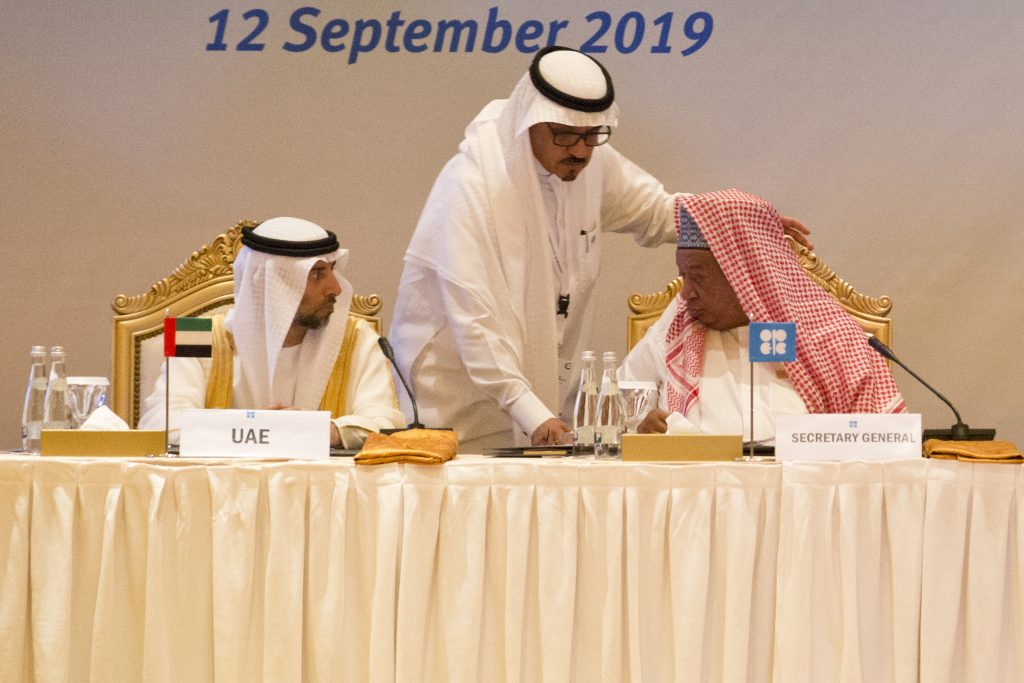 Saudi Arabia’s new energy minister on Thursday reiterated calls for “cohesiveness” in OPEC ahead of a key meeting in Abu Dhabi.

“To achieve market stability, it’s imperative we maintain a high degree of cohesiveness within OPEC and within also our partners in OPEC,” said Prince Abdulaziz bin Salman, speaking at a meeting of the organization’s Joint Ministerial Monitoring Committee in Abu Dhabi, the capital of the United Arab Emirates.

Crude oil sold for over $100 a barrel in the summer of 2014 before bottoming out below $30 a barrel in January 2016. That fall largely came from a boom in U.S. shale oil and countries like Saudi Arabia keeping their production high to hold onto market share.

That deal helped push prices back up, becoming what Prince Abdulaziz this week described as an arrangement “’till death do us part.”

But the accord does not include America, which was the world’s top oil producer in 2018, according to the U.S. Energy Information Administration.

President Donald Trump has been pushing both OPEC and ally Saudi Arabia in tweets to keep prices low as well, mindful of how gasoline prices can swing elections in America. The average price for a gallon of regular gasoline in the U.S. is $2.56, down from $2.83 a year ago, according to AAA.

Tensions between Iran and the U.S., while sparking temporary spikes in the oil market, have not caused sustained higher prices. Some OPEC members, like Iraq and Nigeria, continue increase production. Meanwhile, there’s lower estimated demand going into 2020.

“A combination of new tariffs being imposed by China and the U.S., weakening data from major economies and uncertainty over the next steps from central banks all worked to weigh on the outlook for crude oil, particularly for demand in the coming months,” wrote Edward Bell, an commodities analyst for Dubai-based Emirates NBD.

But a cut, which could boost prices, could hurt the ones who need the money most. OPEC-heavyweight Saudi Arabia, which noticeably has cut into its production to help sustain the deal, needs more oil revenue to help support Crown Prince Mohammed bin Salman’s ambitious “Vision 2030” plans.

Benchmark Brent crude traded above $61 on Thursday before the meeting.

OPEC has its next major meeting in December in Vienna where it could ratify further cuts.