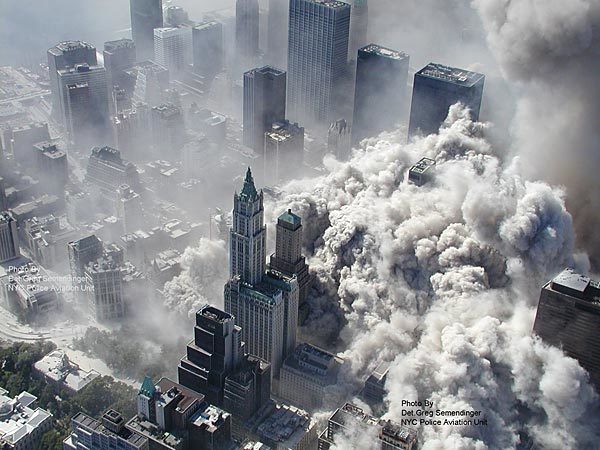 Like most first responders, former New York City detective Tom Frey is a master of understatement — even when it comes to talking about the World Trade Center terror attacks on 9/11, the most devastating assignment of his life.

Instead, Frey found himself tending to the dead, sifting through debris brought to a Staten Island landfill looking for any trace of evidence that could shed light on the horrific attack. He searched for plane parts and human remains, all parts of a landscape rendered unrecognizable by pulverizing destruction and a pervasive layer of gray dust.

Frey, who now lives in Florida, is one of many 9/11 first responders with serious illnesses brought on by exposure to the dust, smoke and chemicals of Ground Zero. A battle with Hodgkin’s lymphoma, which his doctors tied to his 9/11 exposure, included multiple rounds of chemotherapy. That treatment led to a secondary diagnosis: pulmonary fibrosis, an incurable scarring of the lungs that can have many causes and is one of the latest diseases to be correlated with Ground Zero exposure, according to a study published earlier this year by the New York City Department of Health and the World Trade Center Health Registry.

On 9/11, Frey remembers looking up to see gray ash falling like a soft rain and realizing that he and other cops were wearing only paper masks: “I said, ‘This is not going to be good down the road.’” When he was diagnosed with pulmonary fibrosis in 2016, his doctor told him “that the chemo drugs had started a fire in my lungs with some of the debris from the Trade Center, and he said there was nothing they could do for me.”

Though Frey had long thought of himself as invincible — “I figured, hey, all those hotdogs I ate from the street vendors, I must be immune to everything,” he jokes — he is part of the growing toll of victims of the 9/11 attacks.

The Ground Zero site contained dust that held heavy metals and asbestos, among other hazards. Over time, those irritants can produce scarring, or fibrosis, in the lungs, impeding their ability to breathe and absorb oxygen. The abnormal scarring response is irreversible, and the severity of its effect varies widely from person to person. Some people will never develop fibrosis, while others develop progressive scarring that continues to worsen over time.

“They tell you two to five years,” Frey says. “It’s creepy, like a jail sentence. But there is a lot you can do. I have learned how to go out and try to live my life as best I can.”