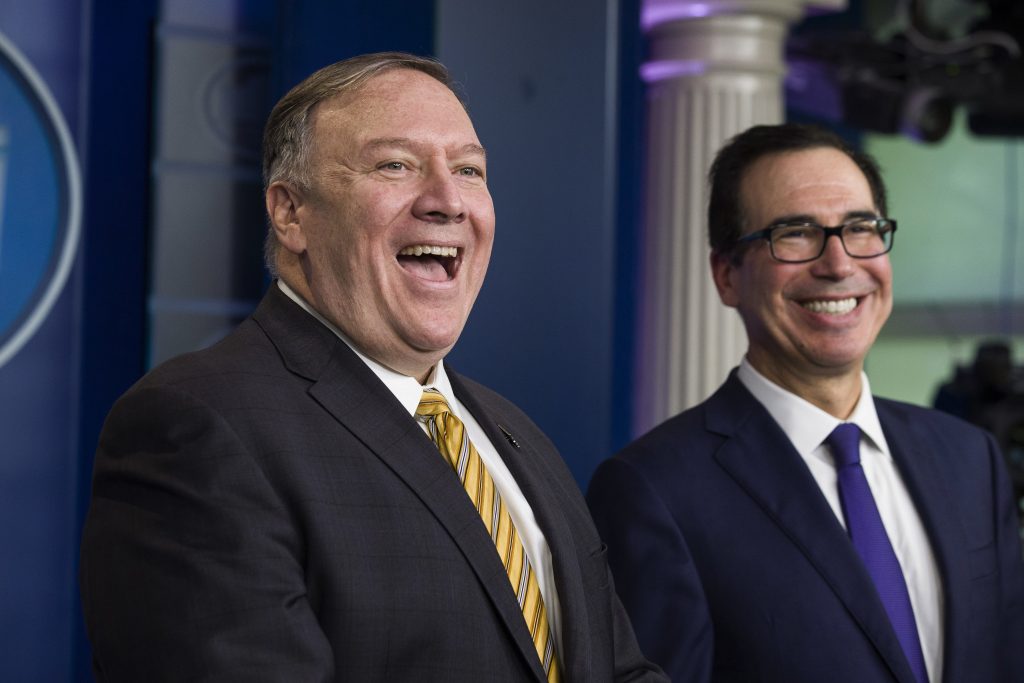 A day before the anniversary of 9/11, President Donald Trump on Tuesday issued an executive order to expand the administration’s ability to go after suspected terrorists and their financiers and supporters.

He said Trump’s action amends an earlier executive order that former President George W. Bush initially signed after 9/11 by adding clauses to let the State and Treasury departments directly target leaders of suspected terror groups and their affiliates “without having to tie terrorist leaders to specific acts.”

Using the new order, Treasury on Tuesday imposed sanctions on more than two dozen individuals and entities from 11 terrorist groups, including the Quds Force, the foreign wing of Iran’s Revolutionary Guard, Hamas, the Islamic State, al-Qaida and their affiliates.

The State Department put an al-Qaida-affiliated group in Syria on a list of specially designated global terrorists and designated a dozen suspected leaders of Hezbollah’s Jihad Council, Hamas, the Palestinian Islamic Jihad, IS affiliates in West Africa and the Philippines, and the Tehrik-e Taliban in Pakistan.