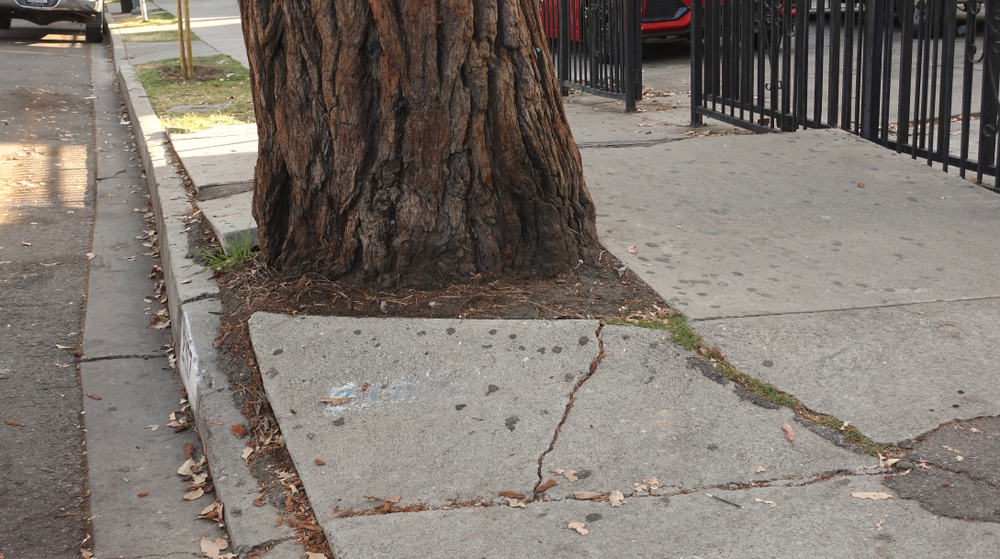 New York City homeowners will no longer be given violations for sidewalk damage caused by city trees, and the city will speed up repairs of existing broken sidewalks, Mayor Bill de Blasio and state Assembly Speaker Carl Heastie announced Tuesday.

By law, homeowners are not responsible for tree-damaged sidewalks in front of a one-, two- or three-family house, provided that the home was owner-occupied. However, fines were frequently issued – and if left unpaid, liens were placed on the home – and it was up to the homeowner to initiate a lengthy appeal process.

Tuesday’s announcement means that fines will no longer be given for sidewalk damage that is exclusively tree-related in front of one-, two- or three-family homes. Sidewalks in front of homes for four or more families will still be the homeowner’s responsibility.

There are 50,000 existing notices of violation, and the city will undertake a review to determine which were caused exclusively by street trees, and cancel the liens for such cases. Reviews will be expedited for those homeowners selling or refinancing their homes.

There are currently 5,500 high-priority damaged sites, which will be repaired by the end of the 2022 fiscal year. Once those are fixed, the worst cases of tree-caused sidewalk damage will be repaired within 12 months.

There are 5.2 million trees in a city of 8.6 million people.

“The trees are a blessing in so many ways, but every homeowner will tell you they come with challenges, too,” said de Blasio.  “We’re not just fixing broken sidewalks – we’re fixing a broken system.”

Elected officials, whose offices have been flooded with homeowner complaints, hailed Tuesday’s announcement.

“I am pleased that Mayor de Blasio and Speaker Heastie have found a resolution to this vexing issue, which will take the burden off property owners in this city,” said Assemblyman Simcha Eichenstein. “Finally resolving this issue is a boon for homeowners across the city.”

“I am happy to commend the mayor and speaker for taking the leadership to correct a longstanding wrong that infuriated New Yorkers,” said state Senator Simcha Felder. “Those of us who have fought these violations and fines for many years predating this administration are glad to see this arbitrary and unfair policy go.”

A map of sidewalk inspections and upcoming repairs is available here

Requests for service can be made here