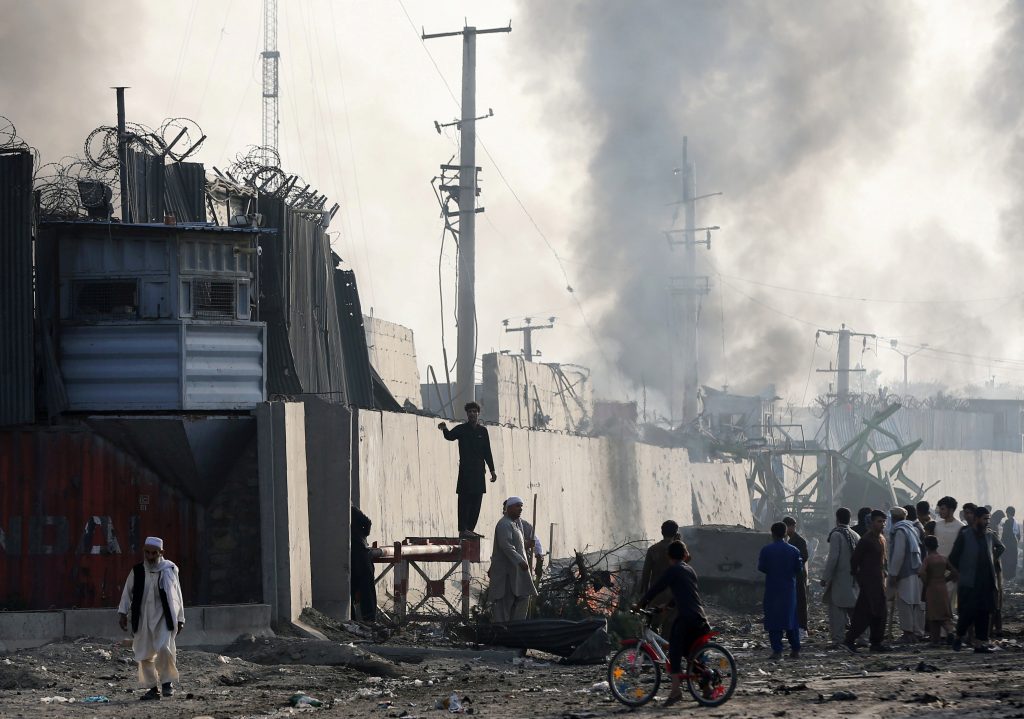 President Ashraf Ghani’s office on Sunday said real peace in Afghanistan was only possible when the Taliban stopped their violence and held direct talks with the government.

President Donald Trump on Saturday canceled peace talks with the Taliban’s “major leaders” at a presidential compound in Camp David, Maryland, after the insurgent group claimed responsibility for an attack in Kabul last week that killed an American soldier and 11 other people.

Taliban fighters, who now control more territory than at any time since the war started in 2001, launched assaults on the northern cities of Kunduz and Pul-e Khumri over the past week and carried out two major suicide bombings in the capital Kabul.

“Real peace will come when Taliban agree to a ceasefire,” Ghani’s officials said in statement in response to Trump’s cancellation of secret peace talks

Trump said he had also planned to meet with Afghanistan’s president.

Trump’s surprise announcement left in doubt the future of a draft peace accord worked out last week by Zalmay Khalilzad, the special U.S. envoy for peace in Afghanistan.

Under the draft accord some 5,000 U.S. troops would be withdrawn over the coming months in exchange for guarantees Afghanistan would not be used as a base for militant attacks on the United States and its allies.

A full peace agreement to end more than 18 years of war would depend on “intra Afghan” talks involving officials and civil society leaders as well as further agreement on issues including the remainder of the roughly 14,000-strong U.S. forces as well as thousands of other NATO troops.

The Taliban currently refuse to talk directly with the Afghan government.

Ghani’s office said it was committed to working together with the United States and allies for a “dignified and long-lasting peace,” and emphasized the holding of the presidential election this month.

Ghani is seeking a second tenure in elections scheduled for Sept. 28, but the Taliban want the elections to be cancelled as a precondition to signing a peace accord with the Americans.

“A strong, legitimate and a legal government through the upcoming elections to take the ongoing peace process forward with complete accuracy and prudence,” said the Ghani statement.

The Taliban spokesmen were not available for a comment.

The Taliban’s strategy of fresh assaults appears to be based on the assumption that battlefield success would strengthen their hand in future negotiations with U.S. and Afghan officials.

Some of their field commanders have also said they are determined not to surrender gains when they are close to victory, suggesting the leadership is under internal pressure not to concede a ceasefire.