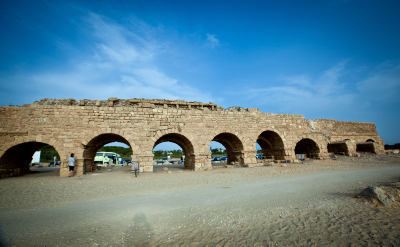 A total of 1.9 million guests visited Israel’s nature reserves and national parks during July and August, the Nature and Parks Authority said in its summary of summer activity at the sites. Of the visitors, 1.5 million were Israeli, and 400,000 were from abroad.

The most popular site was the Gan Hashelosha (Sakhne) site, a large natural pool in the lower Galilee that attracts large numbers of people all year long. 135,000 people visited that site, closely followed by Masada, which saw 134,000 visitors, and Caesarea National Park, where 128,000 people visited over the summer. Among Israelis, Gan Hashelosha and Nachal Snir (with 100,000 visitors) were the most popular sites, and for foreign tourists, the top sites were Masada and Caesarea. Also popular were overnight camping grounds; 120,000 Israelis took advantage of those sites to camp out at least one night.

According to the Authority, “over the summer we invested a great deal of resources and sponsored many activities for families at a large number of sites. This is in addition to the activities held throughout the day and night at parks and nature reserves. Many of those visiting were from the Arab sector, who celebrated a holiday over the summer, and members of the chareidi community, who took advantage of the bein hazmanim period to enjoy nature sites. We are now preparing for the Tishrei season, when hundreds of thousands are expected to come to the parks, especially over Chol Hamo’ed Sukkos.”