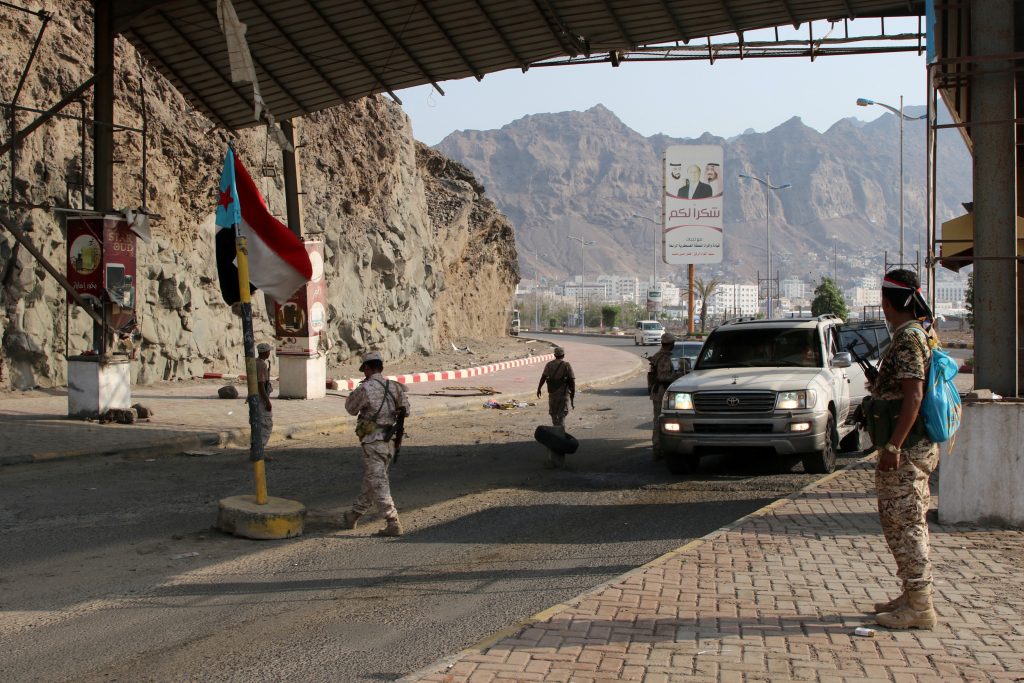 Saudi Arabia has deployed more troops in southern Yemen to try to contain clashes between nominal allies in the Saudi-led military coalition fighting the Houthis that risks further fragmenting the country.

The fight for the south of the country has opened a new conflict focused around the port of Aden, in a multifaceted war that has killed tens of thousands and pushed the long-impoverished Arabian Peninsula nation to the brink of famine.

Saudi soldiers and armed vehicles arrived over the weekend in the capital of the oil-producing Shabwa province, where the United Arab Emirates-backed separatists have been battling forces of Yemen’s Saudi-backed government for control, two local officials said.

The two sides are part of the Sunni Muslim coalition, led by Saudi Arabia and the UAE, that intervened in Yemen in March 2015 against the Iran-aligned Houthi group which ousted the government of Abd-Rabbu Mansour Hadi from power in the capital Sanaa in 2014.

But the separatists, who seek to restore the former South Yemen republic, turned on the government in early August and seized control of Aden, interim seat of Hadi’s government. They have since been trying to extend their reach to nearby Abyan and Shabwa, clashing repeatedly with government forces.

Saudi Arabia has reinforced its positions in Shabwa and Aden as Riyadh called for talks to resolve the crisis and refocus the Western-backed coalition on battling the Houthis, who have stepped up missile and drone attacks on Saudi cities.

“Saudi forces arrived in Shabwa and started working with the local government for a de-escalation and a ceasefire. All parties responded positively to the coalition’s calls,” coalition spokesman Colonel Turki al-Malki said on Monday.

STC forces also brought reinforcements into Aden, witnesses said on Tuesday, calling back fighters who had been deployed on the outskirts of the main port of Hodeidah, held by the Houthis, in the west.

The fighters dug tunnels and built trenches at the edges of Aden and blocked main roads leading out of the city to prevent government forces from recapturing it, they said.

The STC, which accuses Hadi’s government of mismanagement, made its move on Aden after the UAE scaled down its military presence in Yemen in June under increased Western pressure to the end the war. But Abu Dhabi retained influence through tens of thousands of southern fighters it has armed and trained.

Earlier this week, coalition warplanes bombed a prison complex in southwest Yemen, killing more than 100 people. The U.N. called for an investigation but the coalition insisted it had struck a Houthi arms storage site.

The Houthis, who hold Sanaa and most big population centers, have seized on the Aden events as proof that Hadi cannot rule or be a serious partner in any negotiations. The group denies being a puppet of Tehran and says it is fighting a corrupt system.