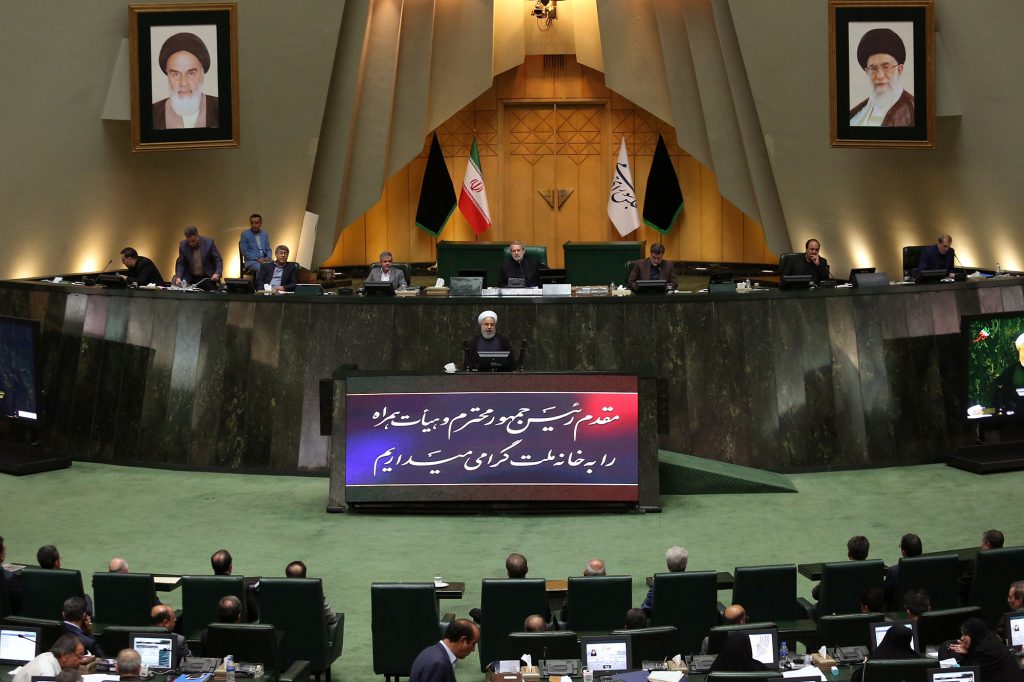 Iran will never hold bilateral talks with the United States, but if it lifts all the sanctions it reimposed on Iran it can join multilateral talks between Iran and other parties to a 2015 nuclear deal, President Hassan Rouhani said on Tuesday.

“No decision has ever been taken to hold talks with the U.S., and there have been a lot of offers for talks but our answer will always be negative,” Rouhani told an open session of parliament broadcast live on state radio.

“If America lifts all the sanctions, then like before it can join multilateral talks between Tehran and parties to the 2015 deal,” he added.

President Donald Trump, although applying “maximum pressure” on Iran, has offered to meet its leaders and hold bilateral talks with no pre-conditions to end the confrontation between their countries.

Last month, Rouhani said Iran would not talk to its longtime foe until the United States lifted all of the sanctions it reimposed after it exited the 2015 nuclear deal last year.

European parties to the deal have struggled to calm the deepening confrontation between Iran and the United States and save the deal by shielding Iran‘s economy from the sanctions.

But the European powers have warned that their support for the deal is dependent on Iran‘s full commitment to it.

Iran has called on the Europeans to accelerate their efforts and Rouhani stressed on Tuesday that Iran would take a third step in scaling back its nuclear commitments by Thursday unless the Europeans kept their promises to salvage the deal.

“If Europeans can purchase our oil or pre-purchase it and we can have access to our money, that will ease the situation and we can fully implement the deal … otherwise we will take our third step,” he said.

The 2015 deal between Iran and six other countries, reached under former President Barack Obama, curbed Iran‘s nuclear work in exchange for lifting most international sanctions in 2016.

Iran has started to scale back its nuclear commitments since May and it will take further steps on Sept. 5, aimed at ratcheting up pressure on the European parties of the pact to protect its economic interests despite the U.S. sanctions.

Iranian authorities have said the next step would be “stronger” and might include enriching uranium to 20% or restarting mothballed centrifuges, machines that purify uranium for use as fuel in power plants or, if very highly enriched, in weapons.

Enriching uranium up to 20% purity is considered an important intermediate stage on the path to obtaining the 90% pure fissile uranium needed for a bomb.