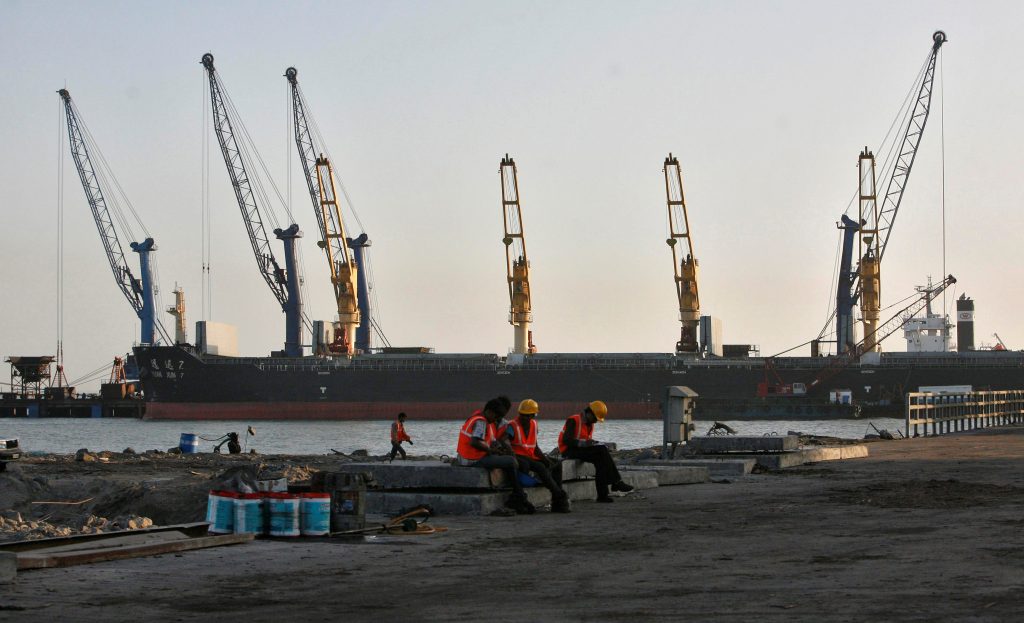 India’s two main ports said on Thursday they had been warned by the Coast Guard and intelligence officials that Pakistan-trained commandos have entered Indian waters to carry out underwater attacks on port facilities.

The Mundra Port, run by Adani Ports and Special Economic Zone Ltd., and the state-owned Kandla Port had asked their employees and ship operators to be vigilant, port officials and the ports said in advisories.

Tensions between India and Pakistan have escalated since India revoked the special status of its portion of the Himalayan region of Kashmir on Aug. 5 and moved to quell objections by shutting down communications and clamping down on local leaders.

Pakistan reacted with fury to India’s decision, cutting trade and transport ties and expelling India’s ambassador. Both countries claim Kashmir in full but rule it in part.

On Thursday, Pakistan successfully carried out a training launch of a surface-to-surface ballistic missile, an exercise viewed as hostile by some in India.

In recent weeks, both countries have repeatedly accused each other of violating cease-fires and seeking to provoke conflict in what is one of the world’s most dangerous nuclear flashpoints.

Intelligence inputs shared by government officials suggested that “Pakistan-trained commandos” had entered the Gulf of Kutch on the west coast to foment violence, the Kandla Port said in an advisory.

Venu Gopal, secretary of a trust that runs Kandla Port, confirmed that it had received the intelligence inputs.

“We’ve reviewed the situation and instructed our security personnel to beef up security at vital installations and vulnerable areas,” he said.

An advisory issued by Adani, which operates the Mundra Port, told all ships there to “take utmost security measures and maintain a vigilant watch.”

“We’ve informed our stakeholders at the port,” an Adani spokesman said, without giving further details.

Raveesh Kumar, the Indian Foreign Ministry’s spokesman, declined to comment on the reports but said the security forces were prepared to deal with any such infiltration.

A spokesman for Pakistan’s military declined to comment on the advisory notices. A Pakistani military source said the reports were untrue.

“India is trying to divert the attention of the world from Kashmir,” the source said. “There has been no such movement.”

Located on the Gulf of Kutch, the Mundra Port is India’s largest private port accounting for nearly one-fourth of the cargo movement in the country.

The Kandla Port, built in the 1950s, is a major hub for cargoes such as crude oil and agricultural commodities of cargo handled.

India has in the past been attacked by Pakistani infiltrations by sea. In 2008, 10 terrorists arrived on a rubber boat on the Mumbai waterfront after crossing the Arabian Sea from Karachi in a fishing trawler. They unleashed three days of carnage in which 166 people were killed. One of the terrorists’ targets was the Chabad Center of Mumbai, in which nine Jews were killed, Hy”d.