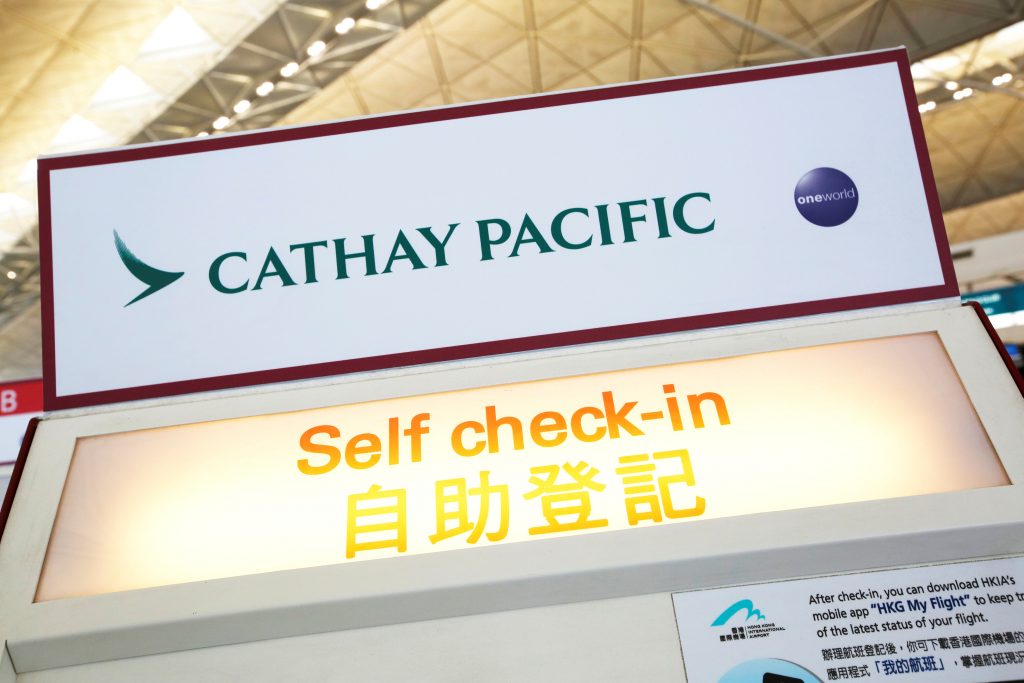 Trade union members in Hong Kong rallied Wednesday against the city’s flagship Cathay Pacific Airways, which has fired several employees in the past two weeks after coming under pressure from China over their links to pro-democracy protests.

Cathay’s situation encapsulates the very fears that sparked the protests — that China is encroaching on the freedoms and separate legal system that Hong Kong maintains under a “one country, two systems” framework.

Sy, who says she was given no reason for her dismissal, said her firing sends a clear message to the people in Hong Kong that it’s not about whether you break the law but simply whether you are doing what you have been told to do.

“Where is the freedom of speech or democracy?” she said. “Is Hong Kong really dying or is it already dead?”

Cathay has confirmed the dismissal of several employees in the past two weeks. It has given various reasons, such as a pilot who misused company information or another who is in legal proceedings, without mentioning the protests. One Cathay pilot was charged with rioting during a protest.

In a statement late Wednesday, Cathay said it cannot comment on individual cases, but it takes into account all relevant factors when determining whether or not to dismiss an employee, including regulatory requirements.

China’s civil aviation authority announced on Aug. 9 that Cathay employees who “support or take part in illegal protests, violent actions, or overly radical behavior” were banned from staffing flights to mainland China, and that the airline must submit the identification details of crew members flying to the mainland or over mainland airspace for approval.

“We fully support the upholding of the Basic Law and all the rights and freedoms afforded by it,” Cathay Director of Corporate Affairs James Tong said, referring to the constitution that governs the semiautonomous territory. “At the same time, we are also required to adhere to all of our regulatory duties, including those prescribed by the authorities in mainland China. The airline must do this; there is no ground for compromise.”

A few hundred union members rallied in central Hong Kong. They held signs that read “Revoke termination” and “Stop terrorizing CX staff,” referring to the airline by its code. Under the slogans, the normally green Cathay logo was colored red with a golden star added to it, mimicking the Chinese flag.

China’s central government has been sharply critical of the protests, which started in opposition to a now-suspended extradition bill that would have allowed suspects to be sent to the mainland to face trial. The protesters’ demands have expanded to include not just withdrawal of the bill but also fully democratic elections for the city’s leader and legislature and an independent investigation into police use of force to break up demonstrations.