Regional Senate Boss: New Jersey ‘In Worse Shape’ Than Any Other State
Regional 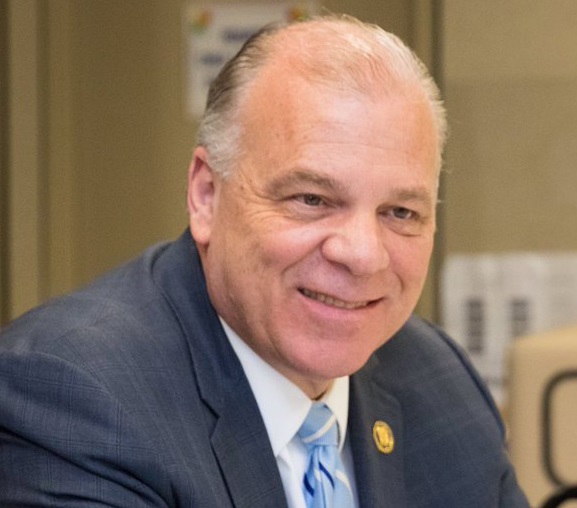 New Jersey’s Senate president said credit-rating companies may be underestimating the severity of the state’s financial strains by giving it the second-lowest grade after Illinois.

The comments underscore the persistent fiscal pressure on New Jersey, a high-tax state contending with massive debts to employee pension funds after years of failing to set aside enough to cover the $212 billion of benefits that have been promised.

New Jersey’s retirement system had about $82 billion of assets in 2018, only 38% of what it needs to cover checks that are owed in the decades ahead. That’s lower than any other state system in the U.S., according to data compiled by Bloomberg. The state’s obligation for retirees’ health-care benefits adds another $90.5 billion.

Wall Street and rating companies have expressed concern that funding for state services is being consumed by the pensions, which investors have said aren’t even at the tread water level. That’s the amount that the state needs to put in each year to keep up the liabilities from growing. But with the state’s taxes already among the highest in the U.S., it’s difficult to raise new revenue. Plus, the state is banned from borrowing to balance its budget, and it can only issue general obligation bonds through voter approval.

Sweeney, New Jersey’s highest-ranking state lawmaker, is a career ironworker who negotiates health and pension benefits for his trade union. He has clashed with Gov. Phil Murphy, his fellow Democrat, on several issues, successfully blocking the governor’s pitches for higher income-tax rates on millionaires.

Sweeney also has pushed for less costly employee benefits, a hard sell with unionized employees who were key to Murphy’s election. In 2017, Sweeney resisted a push to unseat him by the New Jersey Education Association in what campaign-finance officials called the most expensive legislative race in state history. In May, after Sweeney proposed a series of cost-cutting health and pension bills, the teachers union vowed to fight “a terrible trend” and work with the governor.

Karel Citroen, head of municipal-bond research at Conning, a money-management firm, said he could foresee a situation in Illinois or New Jersey where “its pension fund essentially has no assets to cover its liabilities and benefits are paid from its annual budget.”

“I wouldn’t be surprised if one of the states ended up in a situation like Puerto Rico in terms of their pensions,” he said, referring to the bankrupt island’s depleted retirement system. “The way it has been going over the last ten years clearly hasn’t worked. States have pushed out their amortization but haven’t really addressed the benefits or made real step ups in their contributions.”

Murphy, at a Secaucus news conference on Wednesday, didn’t respond to Sweeney’s comments. But the governor said he had “inherited a fiscal mess” and still managed to make the biggest back-to-back pension payments in state history.

“We’re trying to address all of the above: Get our pension system stable, crack the back of the property-tax crisis, continuing to pursue tax fairness and equity and new sources that we think are reasonable,” Murphy said.

New Jersey is rated A3 by Moody’s Investors Service, A- by S&P Global Ratings, and A by Fitch Ratings. Those are the second-lowest ratings for a U.S. state after Illinois, which is one level above junk by Moody’s and S&P.

“Why am I yelling fire in a crowded theater and everyone else is saying that we’re fine?” Sweeney said. “We’re not. And it’s going to go up in flames. I would rather not go down in memory as the guy that told everyone the pension system was going to collapse and be found that I was correct.”