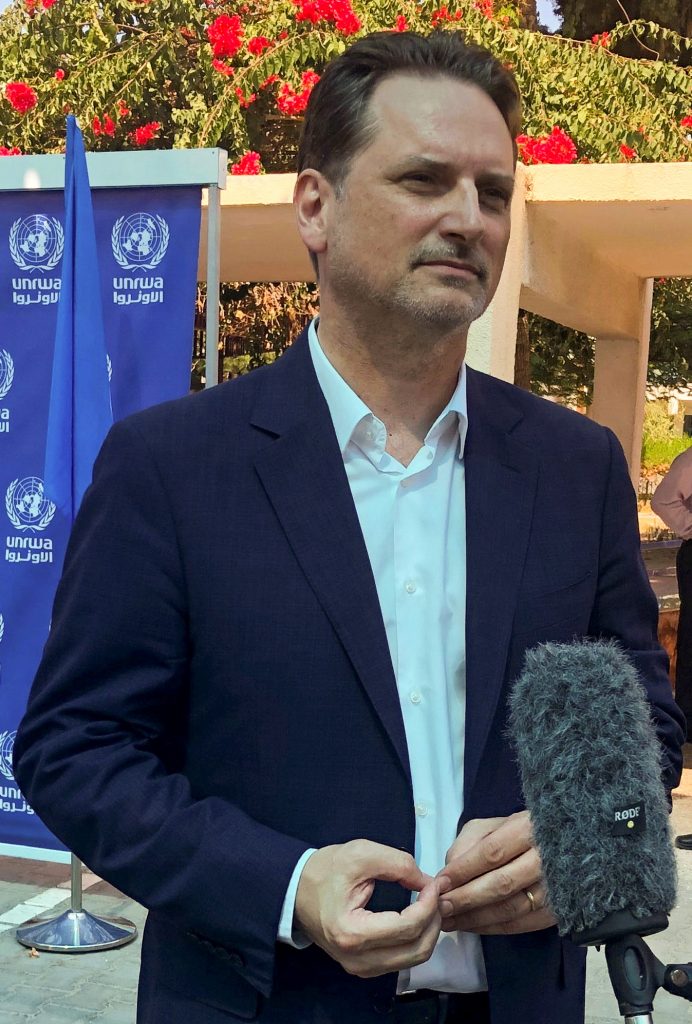 The head of a U.N. agency supporting Palestinian refugees, which is under a corruption investigation, said on Tuesday it still needed $150 million in donations to keep it operating until the end of this year.

Pierre Krahenbuhl, commissioner-general of the United Nations Relief and Works Agency (UNRWA), said Switzerland, the Netherlands and Belgium had suspended their contributions to the organization while the U.N. investigation – on whose findings he promised to act – was under way.

New Zealand joined the Europeans, announcing on Tuesday its decision to suspend funding of UNRWA until release of the corruption report by the U.N. Office of Internal Oversight Services in October, according to the Jewish Telegraphic Agency.

From January to June of this year, New Zealand provided nearly $1.6 million to the UNRWA.

Speaking in Gaza City, Krahenbuhl said: “Our (2019) budget for all UNRWA operations in Gaza, the West Bank, East Jerusalem, Syria, Jordan, Lebanon is $1.2 billion. At this moment we have a remaining shortfall of $150 million,” Krahenbuhl said.

Last year, the United States, UNRWA’s biggest donor, said it was halting its aid of $360 million per year to what it called an “irredeemably flawed operation.”

In May, U.S. Middle East envoy Jason Greenblatt told the U.N. Security Council that UNRWA should be effectively dismantled. UNRWA’s mandate, which has been repeatedly renewed by the U.N. General Assembly, runs until June 30, 2020.