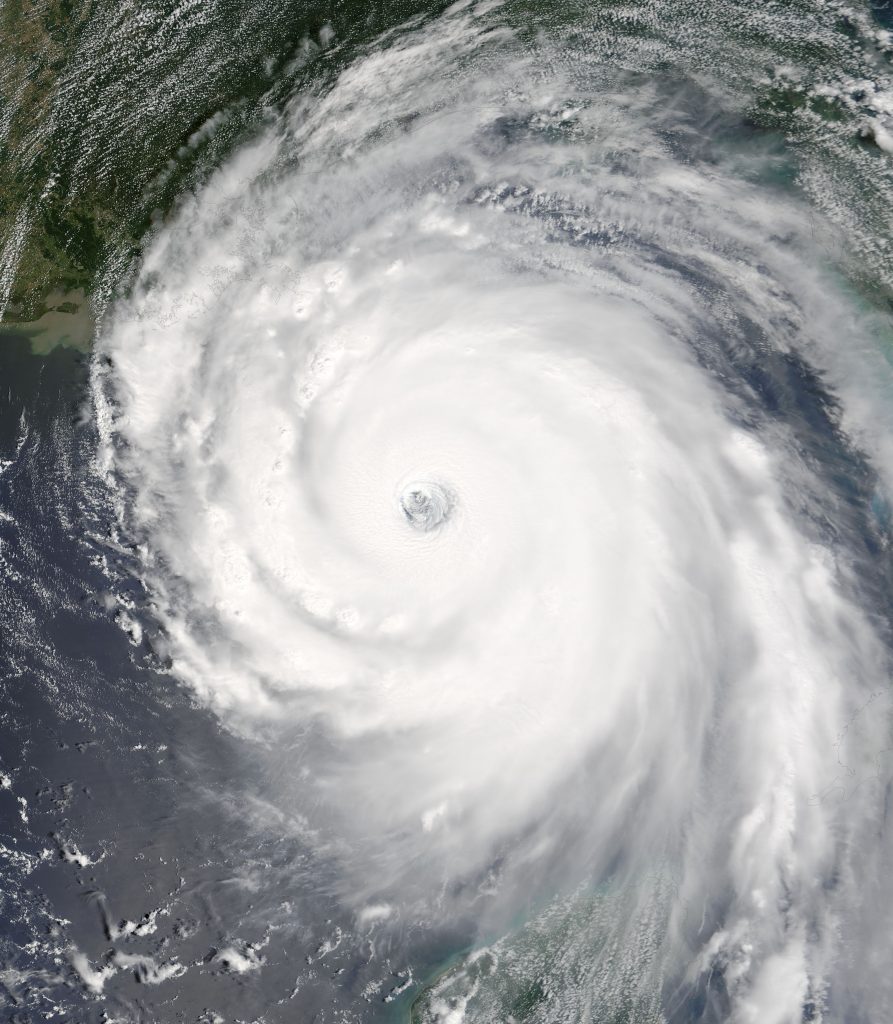 While the prospect of dropping nuclear bombs into hurricanes to weaken or reroute them has been overwhelmingly rejected by the scientific community, other schemes to alter such storms have stayed on scientist’s radar screens through the present day. In 2008, for example, the Department of Homeland Security held a conference on hurricane modification, which brought together experts to discuss various possible ideas to research.

This conference was hosted at a laboratory in Colorado that’s run by the National Oceanic and Atmospheric Administration, which is the agency responsible for hurricane research and forecasting. NOAA was involved in a long-running project, known as STORMFURY, that ended in the early 1980s and involved unsuccessful attempts to seed the clouds within hurricanes to try to reduce a storm’s severity.

Most of the proposals discussed at the 2008 meeting centered around altering the atmosphere in which thunderstorms form and thrive. Two out of the 20 proposals suggested ways to cool ocean waters ahead of these storms, since hurricanes derive much of their energy from warm ocean waters.

Alan Blumberg, now a co-founder and chief scientist at Jupiter, a company that helps businesses and communities manage climate risk, was one of the participants at the 2008 meeting. His proposal centered around limiting the flow, or “flux,” of heat between the ocean and the atmosphere by using pumps that would circulate deeper and cooler water up to the surface.

In an interview, Blumberg said the circulation devices, which he and a business partner branded as “Hurricane Slayers,” would bob up and down and extend to significant depths to circulate water vertically. He even envisioned corporate sponsorship opportunities, if a company wanted to be associated with diminishing the damage from a storm, for example.

He said the problem with his idea, and many others, is that if hurricane modification were to weaken or deflect a storm, so that instead of hitting Miami it were to hit, for example, Wilmington, North Carolina, there would be ethical and perhaps legal complications involved. This would also happen if it were to change the forward speed of such a storm, thereby increasing the risk of flooding.

“I couldn’t get out of that argument very well,” Blumberg said. Similar debates are taking place right now over geoengineering schemes to artificially cool the climate in the face of global warming.

In recent years, there has been renewed interest in some segments of the meteorology community for research into hurricane modification. In some respects, this comes from the devastating hurricane seasons, particularly the 2005 season that brought Hurricanes Katrina and Rita onshore.

Following those storms, scientists went on record in Senate testimony in favor of looking into hurricane modification techniques.

D. James Baker, who served as NOAA administrator during the Clinton administration, says more needs to be learned about how hurricanes form and function before any modification work is attempted.

“My impression of the field is that it’s like geoengineering the climate – lots of engineering ideas that might or might not work, but so much is unknown that it could be dangerous to try.”

“I wouldn’t call for research on hurricane modification until we know more about how and why they form, and the exact way that the eyes and eyewalls develop,” Baker said in an email.

Right now, that’s where NOAA’s focus is, on improving understanding and prediction of hurricanes, according to an agency spokesman. “The primary focus of NOAA’s hurricane research today is better physical understanding of hurricanes and the improvement of forecasts.”

The hurricane modification conversation contains many similarities to the scientific debate over geoengineering. Both open up a thorny thicket of issues around the problem of unintended consequences, but in the case of geoengineering, the lack of progress in reducing global greenhouse gas emissions has led to an increased acceptance of the need to at least explore possible options to hack the climate.

But as that gains some traction, hurricane modification has languished, viewed as too outlandish and problematic to focus on.

As Blumberg notes, climate change is expected to cause hurricanes to be stronger and wetter than they otherwise would be, thereby increasing their damage potential. Studies have also found a link between warming ocean waters and a storm’s rapid intensification rate.

Perhaps these trends will provide an incentive to revive his hurricane slayer?