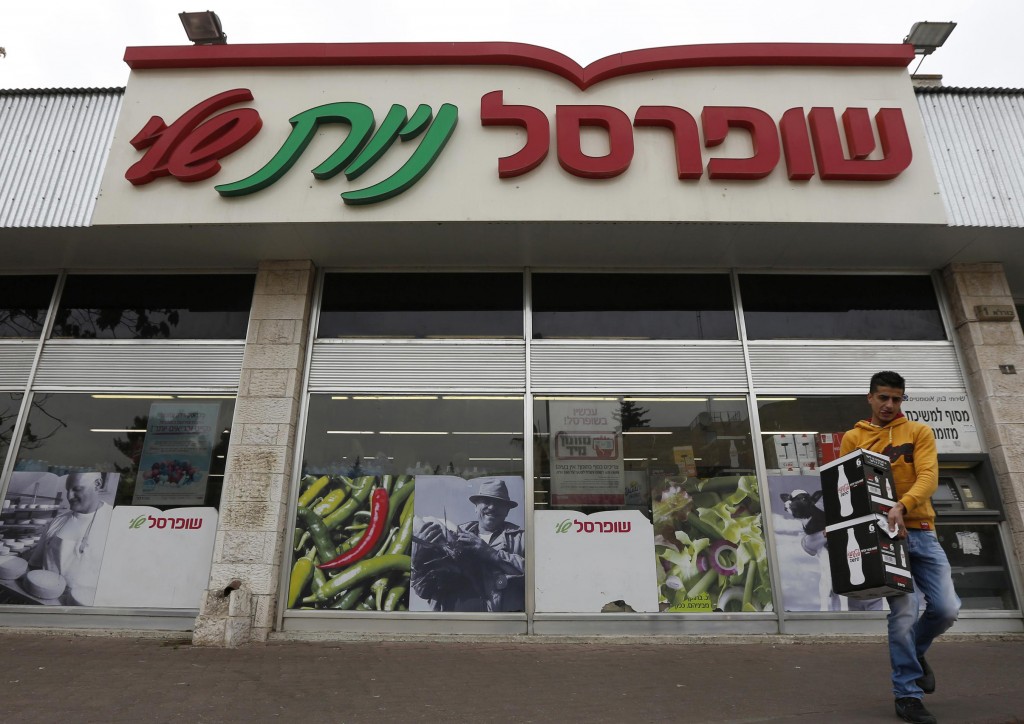 The scandal at the Gush Etzion branch of Shufersal took on criminal aspects Monday, as police arrested two individuals accused of participating in the torture of a developmentally disabled chareidi worker. The two are residents of Beth Lechem and an Arab neighborhood of Yerushalayim. Further arrests are expected in the case, police said, and they are investigating the possibility that there were other videos showing evidence of torture of the victim, and possibly others like him.

The arrests came after criminal complaints were filed in the wake of the release of video showing the torture of the developmentally disabled worker on social media. The video shows an Arab worker slapping the young chareidi man, whose hands are tied up in plastic. The Arab is seen saying things that he forces his victim to repeat – and slaps him in the face each time he does. The shocking scene goes on for about a minute.

The video, which has now been seen by hundreds of thousands, resulted in large numbers of people calling for a boycott of the chain, and at least one organization advocating for the disabled calling on people to cut up their Shufersal loyalty credit cards. The chain filed a complaint with police, and on Friday summoned to the worker to a hearing, likely a prelude to his dismissal.

But on Monday, police took care of the issue for the supermarket, arresting the worker and another individual who filmed the incident. Police also questioned two managers of the store. The chareidi worker, accompanied by his parents and his attorney Itamar Ben-Gvir, told police that he was subjected to such treatment on a regular basis.

At a press conference, the victim said that he told police that he “didn’t know what to do, I complained a few times but it didn’t help. I asked the manager to help but a minute later they started hitting me again, so I didn’t see the point of complaining again. They are taking advantage of me because I am Jewish and a weak person.”

The parents of the victim said that their son had told them of the problem several times, but that they didn’t believe him, but after seeing the video realized that they had been wrong. “We only discovered this on Thursday night,” his mother said. “A friend of my husband’s told me he had seen the images. We cried like never before.”

The Arab worker had apologized and chalked up the entire incident to a “joke,” but the victim’s parents refused to accept that apology. “He is lying outright, we can see for ourselves what he is doing in the video. This is the height of chutzpah,” the parents said.

Ben-Gvir said that the entire chain warranted an investigation. “This is not the first time this young man has undergone torture like this, and even worse. There were other workers who knew about this and did nothing or participated. Police need to conduct a thorough investigation into this chain. Meanwhile we are preparing a lawsuit in which we will be seeking millions of shekels in damages,” he said.