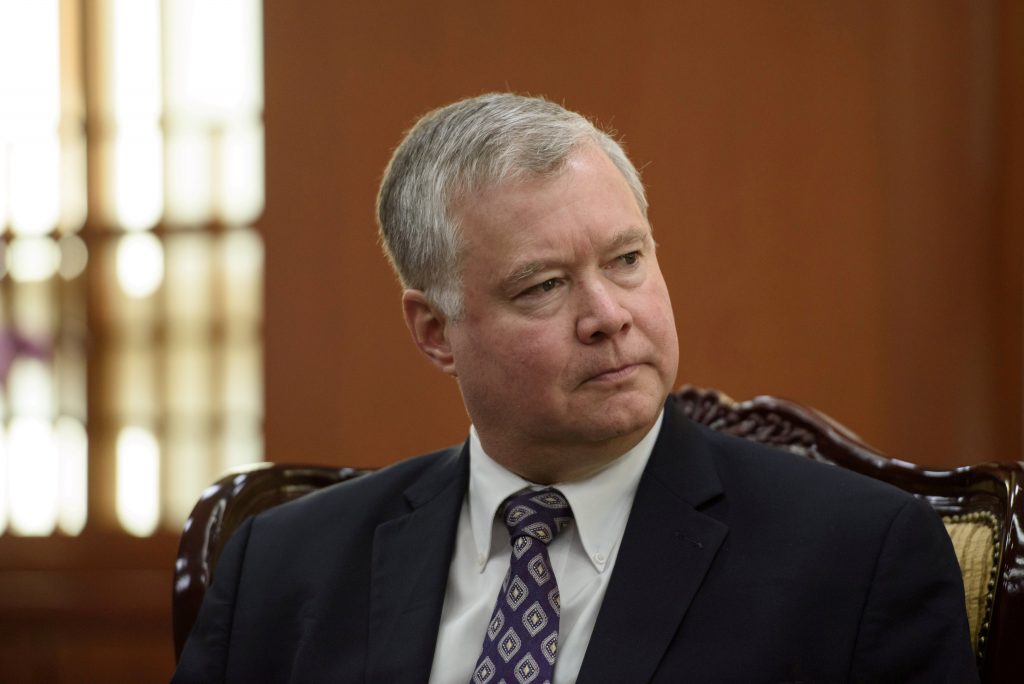 The United States and North Korea are expected to reopen denuclearization talks soon and they will go well, a senior South Korean official said on Thursday, boosting hopes for progress in negotiations after a prolonged stalemate.

“My impression was that North Korea and the United States would carry out dialogue soon, and it would go well,” Kim told reporters after the one-hour meeting, without elaborating.

Trump and Kim met again in June at the inter-Korean border and agreed to reopen working-level negotiations.

But North Korea has fired a series of short-range missiles since then, lambasting U.S.-South Korea joint military exercises and the adoption of new weapons, while chastising South Korean President Moon Jae-in as “impudent.”

A North Korean Foreign Ministry spokesman on Thursday took issue with South Korea‘s acquisition of American F-35 stealth fighter jets, saying it was not interested in dialogue that was “accompanied by military threats.”

Biegun, who steers the working-level talks, said on Wednesday that he was prepared “to engage” as soon as his North Korean counterparts were ready.

Kim said that South Korea‘s presidential National Security Council would convene later on Thursday to review an intelligence-sharing pact with Japan that South Korea had threatened to scrap amid a spiraling diplomatic and trade dispute.

The General Security of Military Information Agreement (GSOMIA) could expire on Saturday if either side decides not to roll it over.

According to Kim, Biegun raised the issue, which has worried Washington as the accord is instrumental in three-way efforts to counter North Korea‘s nuclear and missile threats.

“I’ve told him we’ll carefully examine it and make a decision in a way that serves our national interest,” Kim said.