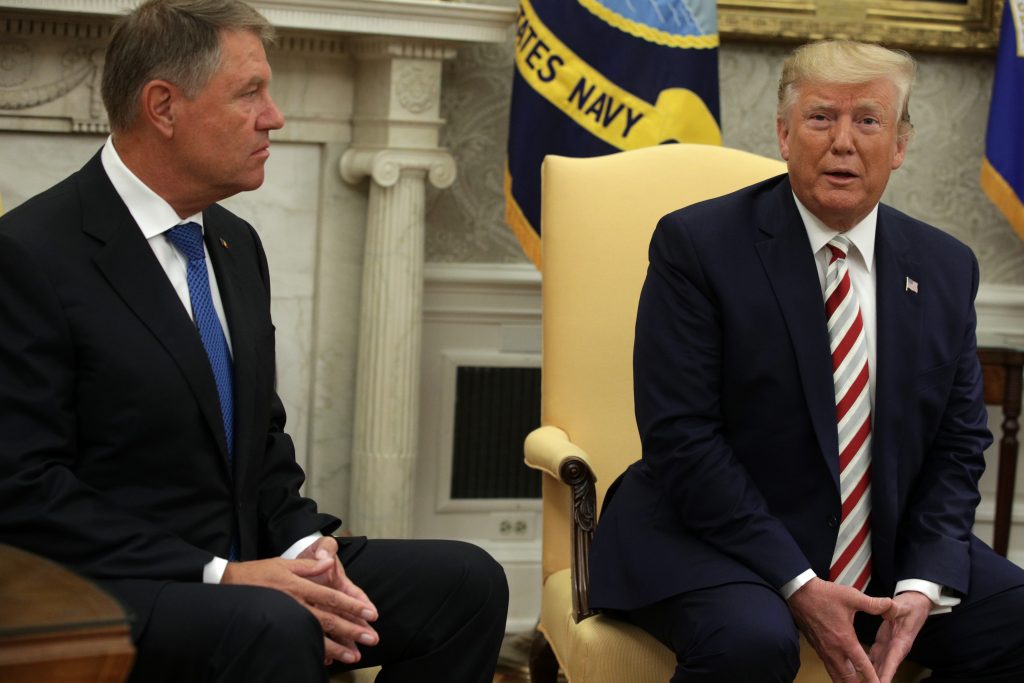 In an afternoon news conference with President Iohannis of Romania, President Trump declared that Jews who vote for Democrats “either lack knowledge or are disloyal.”

In his response to a question whether the United States should rethink its policy of aid toward Israel, as suggested yesterday by Congresswoman Ilhan Omar, President Trump began his answer by lambasting Congresswoman Omar for her past remarks and called her “a disaster for Jewish people.”

Referring to the quartet of female Representatives who are commonly referred to as the “squad,” Trump called them “AOC plus three” and went on to say, “You should see the things that the four of them have said about Israel over the last couple of years.”

Trump asserted that five years ago, or even three years ago, the concept of even talking about cutting off aid to Israel would never have taken place, and certainly not because of two people who “hate Israel and hate Jewish people.”