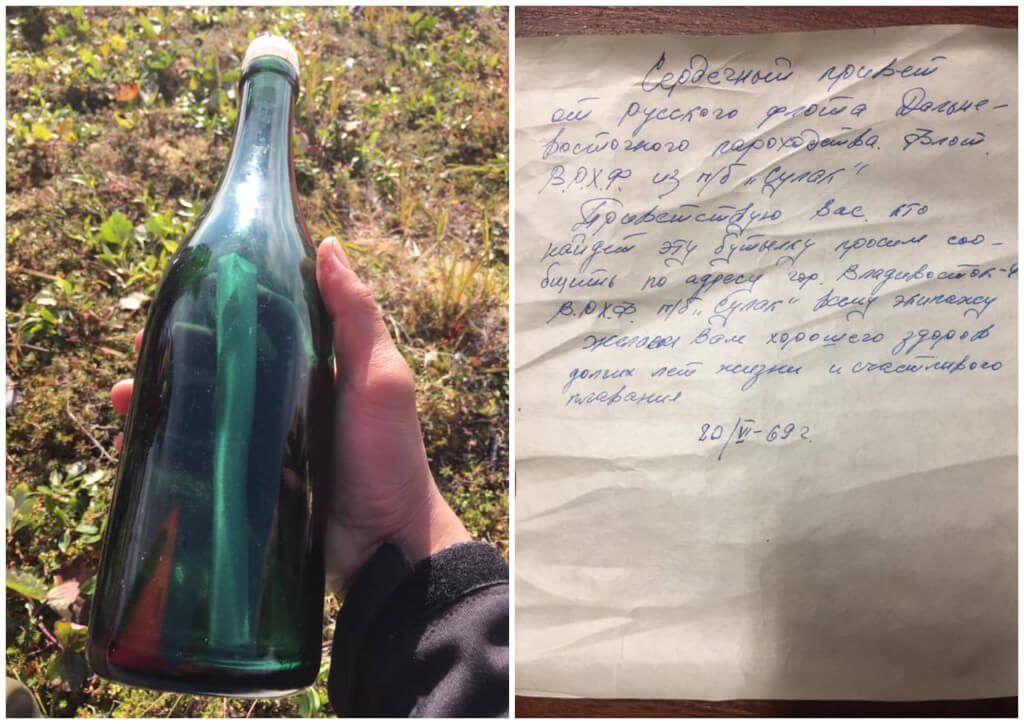 A man discovered a 50-year-old letter in a bottle from the Russian Navy on the shores of western Alaska.

“I was just gathering firewood,” Ivanoff said. “I just happened to stumble across the bottle, and I noticed it was a green bottle and had a cork top. Not really cork, it was a tight cap, and I could see inside the bottle there was a note.”

Ivanoff shared his discovery on social media where Russian speakers translated the message as a greeting from a Cold War Russian sailor dated 1969, officials said. The message included an address and a request for a response from the person who finds it.

“It looks like my handwriting. For sure! East industry fishing fleet! E-I-F-F!” Botsanenko said.

The message was sent while he was aboard the Sulak, a ship whose construction he oversaw in 1966 and that he sailed on until 1970, Botsanenko said.

When shown pictures of the bottle and note, Botsanenko teared up in joy, officials said.

At one point in his career, he was the youngest captain in the Pacific at 33 years old, Botsanenko said.

Ivanoff was not sure if he would return a message, but considered writing his own letters with his children.

“But that’s something I could probably do with my kids in the future. Just send a message in a bottle out there and see where it goes,” Ivanoff said.