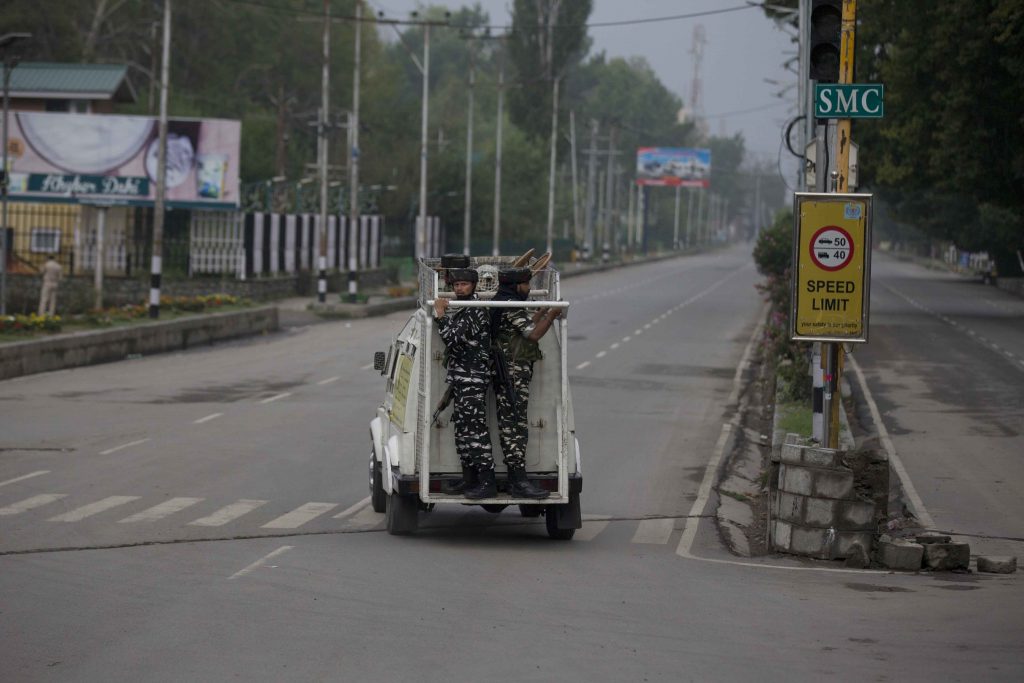 The government assured India’s top court the situation in disputed Kashmir was being reviewed daily and its unprecedented security restrictions will be removed over the next few days, an attorney said Friday after the court heard challenges to India’s moves.

A heavy troops presence and restrictions including a near-constant curfew and news blackout were in place for a 12th day Friday in the portion of Kashmir that India controls. It imposed the lockdown to avoid a violent reaction to New Delhi’s decision to downgrade Kashmir’s autonomy on Aug. 5.

The court decided to give the government more time before ruling on a petition demanding the media restrictions be lifted, attorney Vrinda Grover told reporters. She represents Kashmir Times editor Anuradha Bhasin, who said she was not able to publish her newspaper from Srinagar, the main city in Indian-controlled Kashmir.

Meanwhile, the family of a Kashmiri journalist working with a regional English daily said he has been detained by Indian armed forces. Irfan Amin Malik, 26, works for Greater Kashmir, one of the largest circulating newspapers in the region.

Malik’s father Mohammed Amin Malik told The Associated Press that Malik was taken into custody late Wednesday night at his house in Tral in Pulwama, a southern district in Kashmir. He said, “We are worried about our son.”

Malik’s is the first detention of a journalist in the region since India’s decision to revoke Kashmir’s special constitutional status.

The decision has raised tensions with Pakistan. The nuclear-armed rivals both claim Kashmir and the Himalayan region is divided between them.

Pakistan’s military said Friday that Indian firing across the Line of Control killed another soldier, raising the death toll to six in less than 24 hours.

Army spokesman Maj. Gen. Asif Ghafoor in a tweet Friday said “another brave son of soil lost his life in the line of duty” in Buttal town.

There was no immediate comment by the Indian army. Pakistani military and police said Thursday that Indian firing killed two civilians and three soldiers in Pakistan’s part of Kashmir.

Indian Prime Minister Narendra Modi has defended the Kashmir changes as freeing the territory from separatism. His Hindu nationalist supporters have cheered the move as good for the country.

One of the changes allows anyone to buy land in Indian-controlled Kashmir, which some Kashmiris fear could change the region’s culture and demographics.