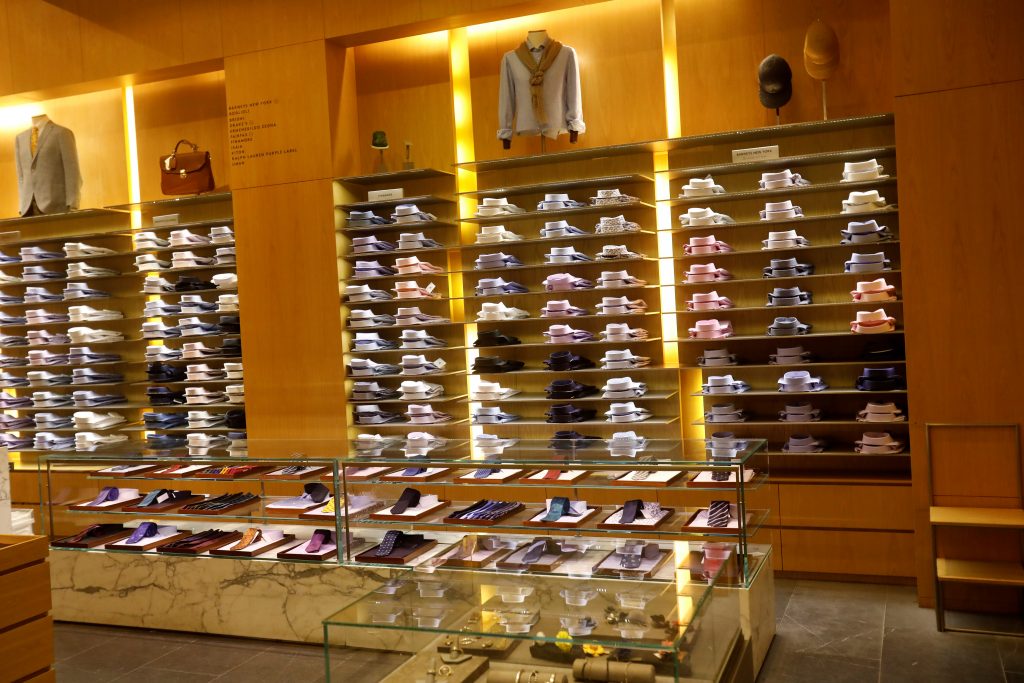 U.S. retail sales surged in July as consumers bought a range of goods even as they cut back on motor vehicle purchases, helping to assuage financial market fears that the economy was heading into recession.

The upbeat report from the Commerce Department on Thursday, however, will likely not change expectations that the Federal Reserve will cut interest rates again next month as news from the manufacturing sector remains dour, underscoring the darkening outlook for the economy against the backdrop of trade tensions and slowing growth overseas.

Trump’s “America First” policies, which have led the United States into a bitter trade war with China, have been blamed for threatening to derail the longest U.S. economic expansion in history and unleash a global recession.

“The United States is now, by far, the Biggest, Strongest and Most Powerful Economy in the World, it is not even close!” Trump wrote on Twitter. “As others falter, we will only get stronger. Consumers are in the best shape ever, plenty of cash.”

But the data could push markets to dial back expectations of a 50-basis-point rate cut next month.

“So yes, consumers are lifting economic growth and easing pressure on the Federal Reserve to cut more aggressively, but the trade war itself, and the rhetoric that accompanies it will push for more rate cuts,” said Jennifer Lee, a senior economist at BMO Capital Markets in Toronto.

Solid retail sales were reinforced by strong second-quarter results from Walmart Inc. The world’s largest retailer posted a 20-quarter, or five-year, streak of U.S. growth, unmatched by any other retail chain, and raised its earnings forecasts for the year.

U.S. stocks were trading largely higher after Wednesday’s sharp losses. The dollar edged up against a basket of currencies. U.S. Treasury prices rose, with the yield curve steepening a little after Wednesday’s inversion.

July’s gain in core retail sales suggested strong consumer spending early in the third quarter, though the pace will likely slow from the April-June quarter’s robust 4.3% annualized rate. Consumer spending, which accounts for more than two-thirds of the economy, is being underpinned by the lowest unemployment rate in nearly half a century.

While a separate report from the Labor Department on Thursday showed an increase in the number of Americans filing applications for unemployment benefits last week, the trend in claims continued to point to a strong labor market.

Solid consumer spending is blunting some of the hit on the economy from the downturn in manufacturing, which is underscored by weak business investment. There are, however, red flags for the labor market coming from manufacturing.

The sector’s struggles were highlighted by a third report from the Fed on Thursday showing factory production dropped 0.4% in July. Output at factories has declined more than 1.5% since December 2018. Manufacturing, which makes up about 12% of the economy, is also being weighed down by an inventory overhang, especially in the automotive sector.

The troubles appear to have continued into the third quarter. Though a report from the Philadelphia Fed on Thursday showed factory activity in the mid-Atlantic region slowed moderately in August amid an increase in new orders, manufacturers reported hiring fewer workers and slashing hours.

A measure of factory employment dropped to its lowest level since November 2016. The weakness in factory employment in the region that covers eastern Pennsylvania, southern New Jersey and Delaware was mirrored by another survey from the New York Fed. Activity in New York state was little changed this month, with employment measures deteriorating further.

“The health of factories is still an important driver of growth and the soft patch for production remains a factor that is keeping economic growth in the slow lane,” said Chris Rupkey, chief economist at MUFG in New York.

Manufacturing productivity tumbled at its fastest pace in nearly two years in the second quarter, with factories cutting hours for workers, another report from the Labor Department showed.

The economy grew at a 2.1% rate in the second quarter, decelerating from the first quarter’s 3.1% pace. Growth estimates for the third quarter range from a 1.5% pace to a 2.1% rate.

In July, auto sales fell 0.6% after rising 0.3% in June. Receipts at service stations rebounded 1.8%, reflecting higher gasoline prices. Online and mail-order retail sales jumped 2.8%, the most in six months, after rising 1.9% in June. They were likely boosted by Amazon.com Inc’s Prime Day event.

There were increases in sales at clothing, furniture and building material stores. Sales at restaurants and bars accelerated 1.1%. But spending at hobby, musical instrument and book stores dropped 1.1% last month.

“The consumer is incredibly resilient,” said Lindsey Piegza, chief economist at Stifel in Chicago. “But without growth from housing investment and manufacturing, the consumer will be hard-pressed to continue to alone support the U.S. economy.”