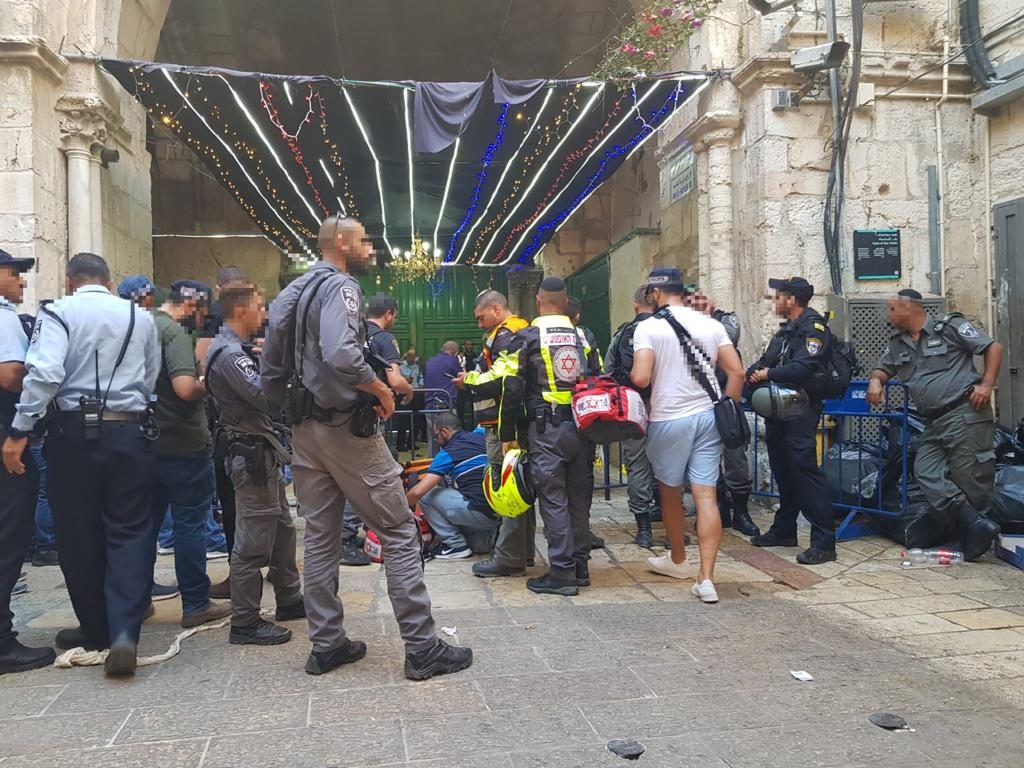 A police officer was stabbed and lightly to moderately wounded in an apparent terror attack in the Old City of Yerushalayim on Thursday afternoon, according to initial reports.

One of the two attackers, both described as minors, was shot and killed at the scene, the other was critically wounded, according to The Times of Israel.

The officer in his 30s, was taken to Yerushalayim’s Shaarei Tzedek hospital for further treatment, after medics administered emergency aid at the scene next to Shaar Hashalshelet. He sustained stab wounds to the upper body, they said.

“We gave him medical care, including stopping the bleeding and bandaging him, and we took him to the hospital,” one of the medics on the scene says.

A civilian bystander was also wounded in the leg during the incident and was evacuated to hospital.