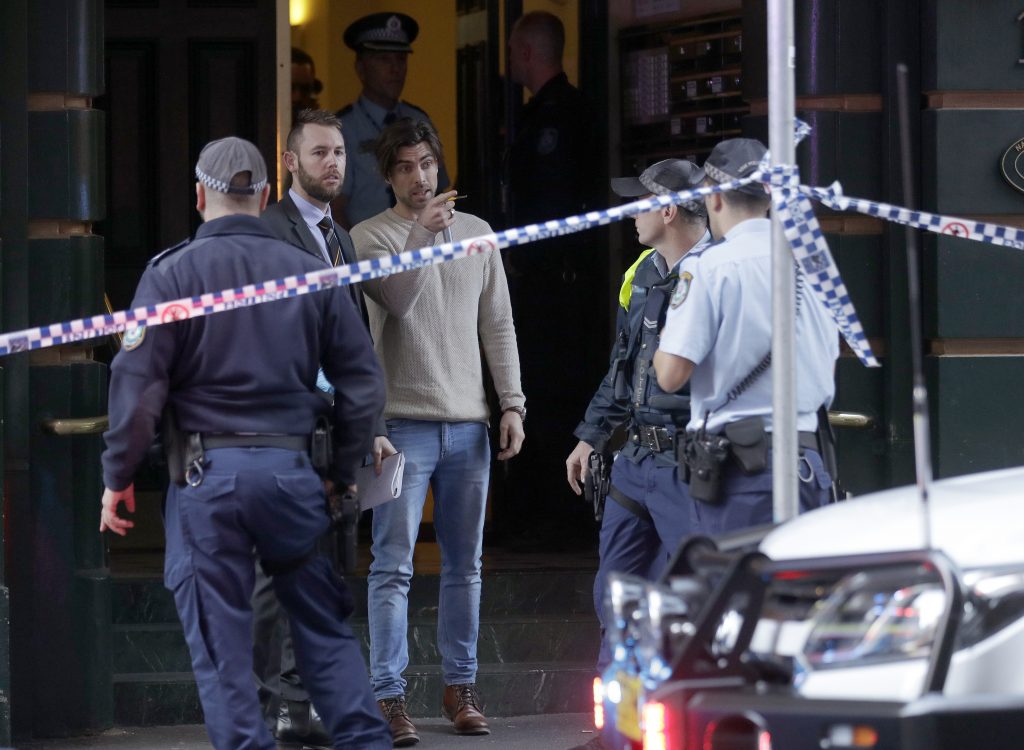 A knife-wielding man yelling “All-hu akbar,” or “G-d is great,” attempted to stab several people in downtown Sydney on Tuesday before being restrained by members of the public, with a woman taken to a hospital, police and witnesses said.

New South Wales police said in a statement that they were investigating whether the rampage was linked to the death of a woman whose body was found later in an apartment on the same street as the restaurant where the injured woman was stabbed.

Witnesses said the man was carrying a 30-centimeter (12-inch) kitchen knife as he attempted to stab multiple people near a busy intersection in Australia’s largest city at around 2 p.m.

Police said that a man was arrested, and that a woman with a stab wound was taken to a hospital in stable condition. It was unclear whether the man had stabbed anyone else.

Police said the body of the second woman was discovered in a fourth-floor apartment at around 3:15 p.m.

Video showed that people had pinned the man to the pavement on his back with a plastic milk crate over his head and two chairs over his body.

Wood said it appeared that the attack was unprovoked and the man had acted alone. He said that after the woman was stabbed, the man “attempted to stab multiple people. Those attempts, thankfully, were unsuccessful.”

An Uber driver said the assailant jumped on the hood of his Mercedes as he was driving an elderly couple down the street where the violence unfolded. The driver, who did not give his name, told Nine Network News that the man fell off the car when he accelerated and turned down a side street.

A witness told reporters that the man was screaming comments about religion, before yelling to police that he wanted to be shot. Police said he used the Arabic phrase “All-hu akbar.”

A witness, Paul O’Shaughnessy, said he and his brother Luke were working in the office of their recruitment company when they heard shouting through an open window. They looked out and saw a Caucasian man, aged around 25, screaming “extremist” words, O’Shaughnessy said.

The brothers, fearing the man was conducting a terrorist attack, ran down to the street and began chasing the man, who was covered in blood.

Paul O’Shaughnessy told The Associated Press that the man “didn’t show any remorse at all.”

Prime Minister Scott Morrison said on Twitter that the violence was “deeply concerning” and praised the members of the public who restrained the assailant.