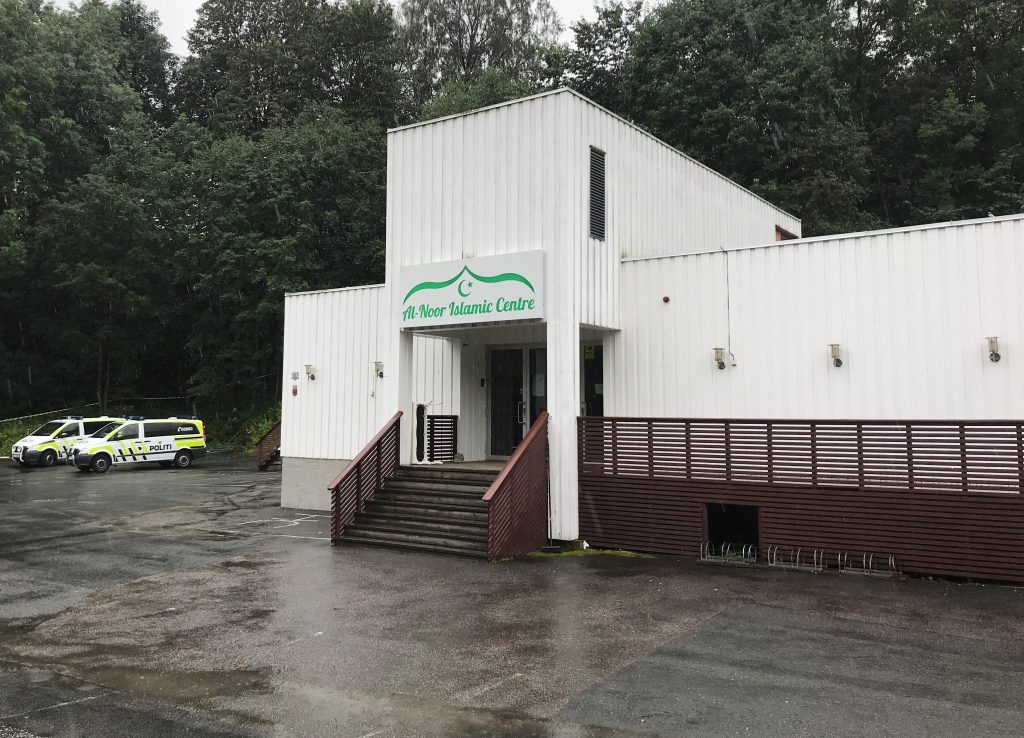 The man suspected of shooting at people inside a Norwegian mosque on Saturday and of separately killing his stepsister does not admit to any crime and is not speaking with investigators, his lawyer said on Monday.

“He is exercising his right not to be interrogated,” his defense attorney, Unni Fries, told Reuters. “He is not admitting any guilt.”

A judge is expected to rule later in the day on a police request to formally detain him, the Oslo District Court said.

Police are seeking to hold Manshaus on suspicion of murder, as well as of breaching antiterrorism law by spreading severe fear among the population.

He was overpowered by a 65-year old member of the mosque, who managed to wrestle away his guns, preventing anyone from getting shot.

“Prosecutors ask that the suspect is held in full isolation for four weeks, with no access to outside communication, visitors or any news media,” the police said in a statement.

“The investigation is still in an early phase and the suspect has not made any statements to the police,” it added.

The court hearing will not be open to the public.

A guilty verdict on charges of breaching antiterrorism laws can carry a sentence of up to 21 years in prison, as can the killing of the suspect’s 17-year-old stepsister, according to Norwegian sentencing guidelines.