Politics OPINION: The Ugliness of Politics is on Full Display Right Now
Politics 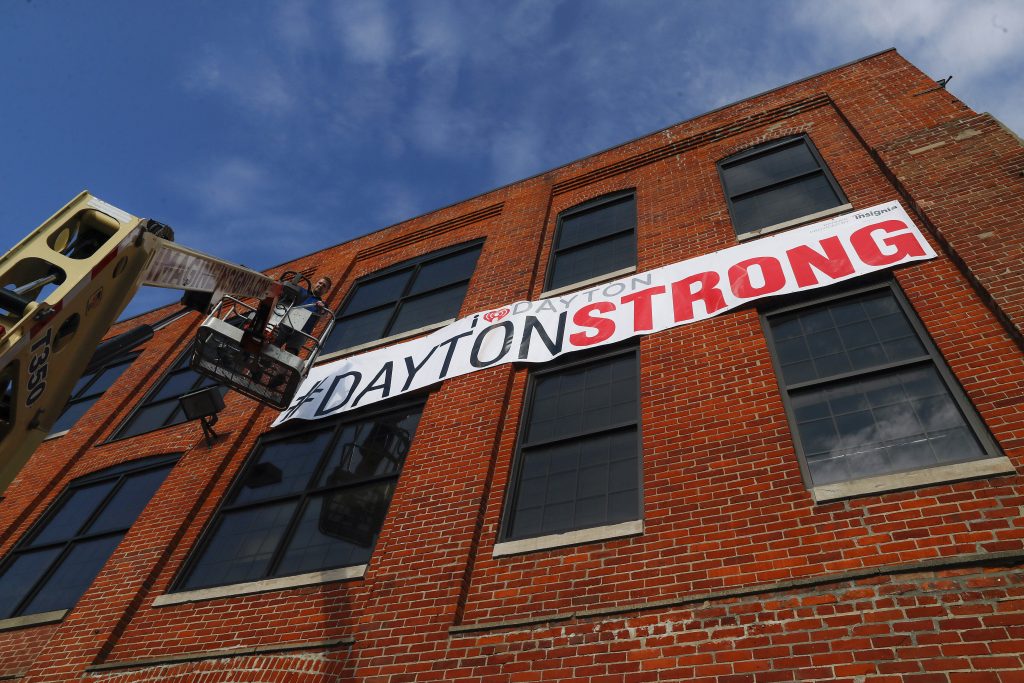 Three Democratic presidential candidates say they think the president is a white supremacist. The brother of one of those candidates tweeted a list of names of Trump campaign donors in his hometown, saying they were “fueling hate.” The president’s son compared that congressman to the Dayton shooter. And that isn’t even the half of it.

The ugliness of our politics is on full display this week, when the nation least needs to see it.

This past weekend’s violence – mass shootings in El Paso, Texas, and Dayton, Ohio – appears to have intensified the already volatile national political debate.

The violence has ramped up a “with us or against us” mentality, especially when it comes to the Democratic resistance to President Donald Trump. (Woe is the prominent business owner who raises funds for Trump right now, or news outlet that writes, then corrects, a bad headline about Trump’s calls for unity.)

On the defensive about his contribution to the racial animus in the country, Trump and his team found a way to point the finger at Democrats while seeking praise for his response to the tragedy. Trump’s team claimed he was treated “like a Rock Star” by victims he visited Wednesday in Ohio (they did not let journalists in during the visit to verify this), after which Trump publicly seethed at Democratic Ohio politicians, accusing them of speaking badly of him when in fact they had praised his handling of the hospital visit.

Rep. Joaquin Castro, D-Texas – brother of Democratic presidential candidate Julián Castro – on Tuesday published the names of donors to Trump in his San Antonio district. Such information is publicly available, but rarely is it displayed so overtly by politicians. Joaquin Castro’s message: If you donate to Trump, you’re part of the problem that led to what happened in El Paso.

Plenty of people took issue with that move, but one person in particular escalated things further: Donald Trump Jr. appeared on Fox News and compared Castro to the alleged Ohio mass shooter listing names of people he wanted to kill. “I mean, that was the same thing that the Dayton, Ohio, shooter did, and people should be fed up with this nonsense,” he said – language so far out there that it prompted the hosts of an overtly Trump-friendly news show, to issue an on-air clarification that the two lists aren’t remotely the same.

Also this week: The Twitter account of Senate Majority Leader Mitch McConnell’s campaign was locked out by the social media site over a video it posted.

Protesters gathered outside the Republican senator’s home in Kentucky in the wake of the shootings, calling for him to bring up gun-control legislation that House Democrats passed earlier this year. One protester is on film yelling profane death threats. McConnell’s campaign, under criticism for its at-times tone-deaf rhetoric, shared the video as a way to underscore that the senator, too, was getting attacked beyond the pale. Twitter said sharing the video violated its policy against violent threats and froze the campaign’s account.

This caused Republican groups, including the Trump campaign, to vow to stop buying ads on Twitter.

Another ugly fight erupted Wednesday. Rep. Lucy McBath, D-Ga., who became a prominent gun control advocate following her son’s shooting death and narrowly won her seat in Congress last year, sent a message that contained a fundraising appeal and criticizing Republicans’ resistance to gun laws. The House Republicans’ campaign then accused her of trying to capitalize on the shooting for a “quick buck.”

Sen. Cory Booker, D-N.J., gave a speech Wednesday at the site of another mass shooting, Emanuel African Methodist Episcopal Church in Charleston, S.C., that summed up how heated the moment is when it comes to racial tensions and the rise of white supremacy. “There is no neutrality in this fight,” he said. “You are either an agent of justice or you are contributing to the problem.”

You’re either with us or against us. It’s a refrain that is prevalent in American politics. Some, like Booker, would argue necessarily so. If there’s a president whose anti-immigrant language is being echoed by killers, what choice do people have but to reject every aspect of him?

That’s essentially the point 2020 candidates who are labeling Trump as a white supremacist – in those terms – are making. They believe they must call someone out, even if that’s the president of the United States, and even if it’s not the kind of politically unifying message you typically hear during moments of national tragedy.

“He’s dehumanized or sought to dehumanize those who do not look like or pray like the majority here in this country,” said former Texas congressman Beto O’Rourke, whose hometown is El Paso.

“He has given aid and comfort to white supremacists,” Sen. Elizabeth Warren, D-Mass., told The New York Times this week.

It may be in their political interest to accuse Trump of thinking white people are superior. Polls from 2017 and 2018 showed a majority of Americans, as high as 59 percent, think Trump has encouraged white supremacy.

And rather than to try to argue he hasn’t expressed anti-immigrant rhetoric, it may be in Trump’s political interest to relentlessly beat down his political opponents instead. Witness his jab at O’Rourke’s popularity relative to his own from inside a hospital in El Paso on Wednesday.

In the battle for control of Congress next year, it may be in House Republicans’ interest to go after McBath, even if it comes across as insensitive to her son’s shooting death.

It may be politically smart to be mean right now, basically. But the political drama seems dissonant when you consider the needs of two American communities trying to grieve, then heal, from negativity taken to the extreme.