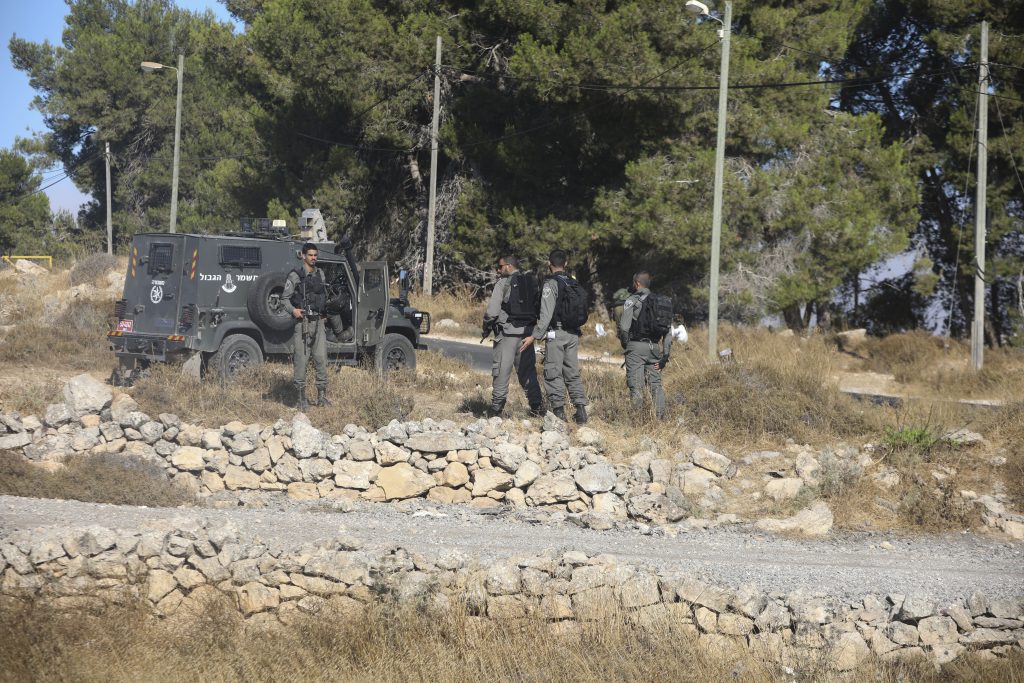 Dvir Sorek, Hy”d, the 19-year-old Hesder yeshivah student who was murdered in a terror stabbing attack overnight Wednesday, is the grandson of another terror victim – Harav Binyamin Herling, Hy”d, a resident of the Shomron community of Kedumim, who was murdered on October 19, 2000, when terrorists opened fire on Israelis who were on a hike near Har Eval, outside Shechem. Four other people were wounded in the attack, which was carried out by Fatah terrorists and Palestinian Authority police.

IDF forces on Thursday morning imposed a closure on several villages in the Gush Etzion area, and entered the village of Beit Fajjar, near Efrat. Security sources told Yediot Acharonot that it appeared that Dvir had been kidnapped and killed, and transported to the area outside Kibbutz Migdal Oz, where his remains were found.

Dvir was a talmid at the Machanayim Hesder Yeshivah in Migdal Oz, in his first year of yeshivah. Friends told reporters that he had been out of the yeshivah Wednesday because he had gone to Yerushalayim to buy sefarim for the staff members as an end-of year gift.

Rabbi Shlomo Wilk, Rosh Yeshivah of the Machanayim Hesder Yeshivah, said Dvir had called a friend and said he would return on time.

“When he was late, we started to worry,” Rabbi Wilk said. “Fairly quickly we understood that something wasn’t right and we got the police involved.”

Rabbi Wilk said that Dvir “was found holding the books he had purchased. This was one of the finest of young men – always smiling, appreciative of animals and nature, and engaged in a dialogue group that sought to patch the differences between Jews and Arabs.”

In a statement, the IDF said that Dvir “was found today in the early morning hours, with stabbing marks on his body as a result of a terror attack that took place adjacent to a community north of Chevron. Corporal Dvir [Yehuda] Sorek was in a program for yeshivah students. He was posthumously promoted from Private to Corporal.”