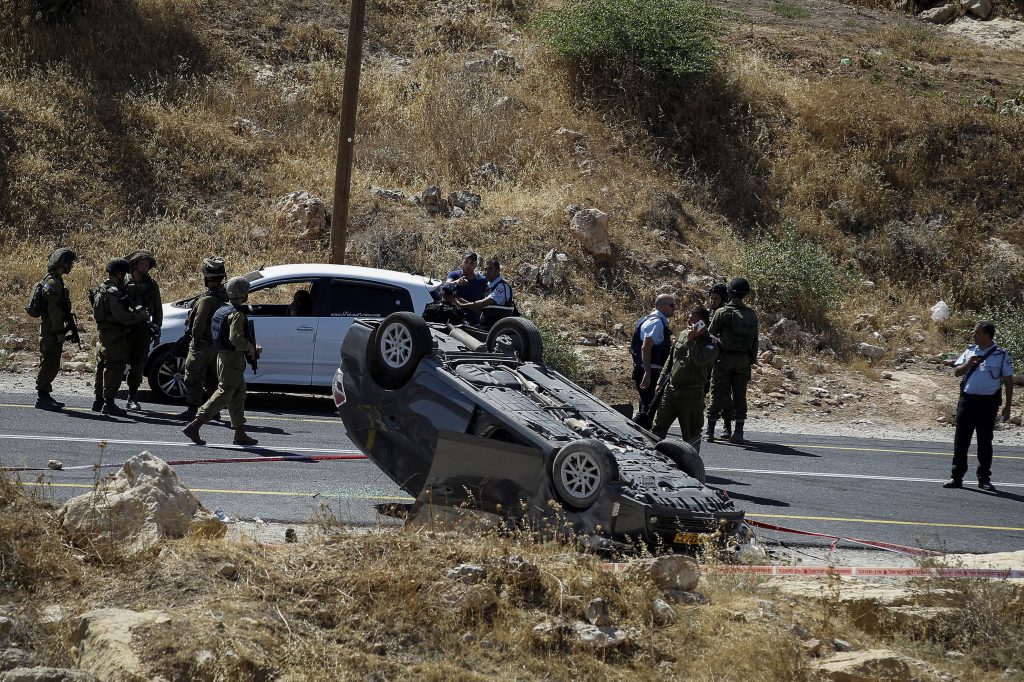 The Interior Ministry has granted Israeli residency status to the family of an Arab who assisted the children of Rabbi Michael Mark, Hy”d, who was killed in a 2016 terror attack. The Arab was subsequently shunned by his fellow Arabs for doing so.

Rabbi Mark was killed and three members of his family were injured as they drove on Road 60 near Otniel in June. The vehicle they were riding in crashed and flipped over after terrorists opened fire on it south of Chevron. Rabbi Mark was the administrator of the Hesder yeshivah in Otniel, and was on his way with his family to spend Shabbos with family members.

A local Arab with medical training stopped to help the family. The Arab, who was driving behind the Marks, stopped his car and got out to administer first aid and alert the authorities. According to medical experts, the first aid he rendered, while not sufficient to save Rabbi Mark’s life, helped ensure that his wife Chava would make a recovery. Chava Mark was brought to the hospital in critical condition, but was released just a few days later.

For his efforts, the Arab was fired from his job and was unable to receive assistance from the Palestinian Authority, which considered him a “collaborator.” Members of his extended family also refused to help him, and he was forced to leave his home and live on the streets. He was “adopted” by the Shomron Regional Council, which provided him with a place to live and an opportunity to earn an income.

Several weeks ago, Shomron Council head Yossi Dagan, along with entertainment personality Gila Almagor, asked Interior Minister Rabbi Aryeh Deri to issue a residency permit for the Arab. “This would be the moral and just response to the assistance he provided,” the two said in a joint letter. The permit was issued Tuesday, and the Arab is now able to legally live and work in Israel.

Dagan praised the issuance of the permit. “Once again the Jewish people are seen in their glory. This is the right thing to do for a man who endangered himself to help Jews, and this is an appropriate message to give to our neighbors. Those who help save Jews will receive the recognition they deserve, unlike the situation until now, where murderers receive benefits and Palestinian Authority salaries in Israeli prisons,” Dagan said.