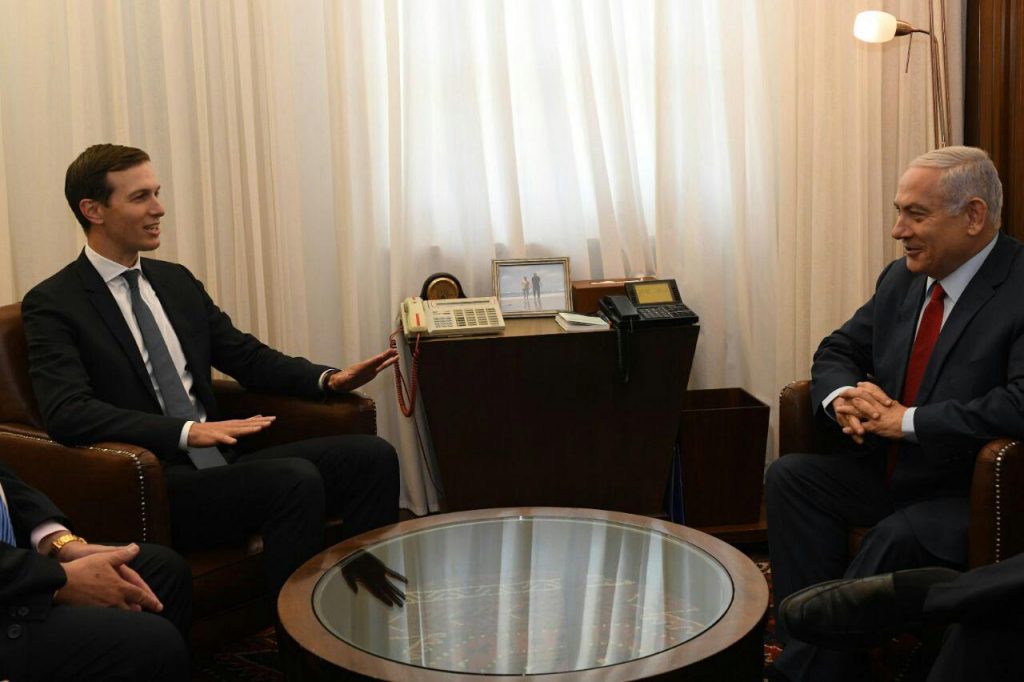 In contrast to reports in recent days, the United States is not planning a Middle East summit for September, Yisrael Hayom quoted White House sources as saying. “No such event is in planning at this stage,” the sources told the newspaper.

A report in Yediot Acharonot Thursday said that U.S. President Donald Trump intends to invite Arab leaders, along with Prime Minister Binyamin Netanyahu, to a summit at Camp David in early September. The summit will be held before the Israeli elections, with the purpose, Yediot Acharonot reported, of boosting Netanyahu’s chances in the election.

The invitation was to have been proffered to Netanyahu on Wednesday when he met with U.S. envoy Jared Kushner. However, there was no report of such an invitation forthcoming, and instead, the sources told Yisrael Hayom that Kushner would consult with the President and his staff after returning to the U.S.

According to reports, the main topic of discussion was American sponsorship of a $50 billion program to help the PA economy. However, the presence of Hook indicated that issues involving Iran were included in the discussion as well, the report said.