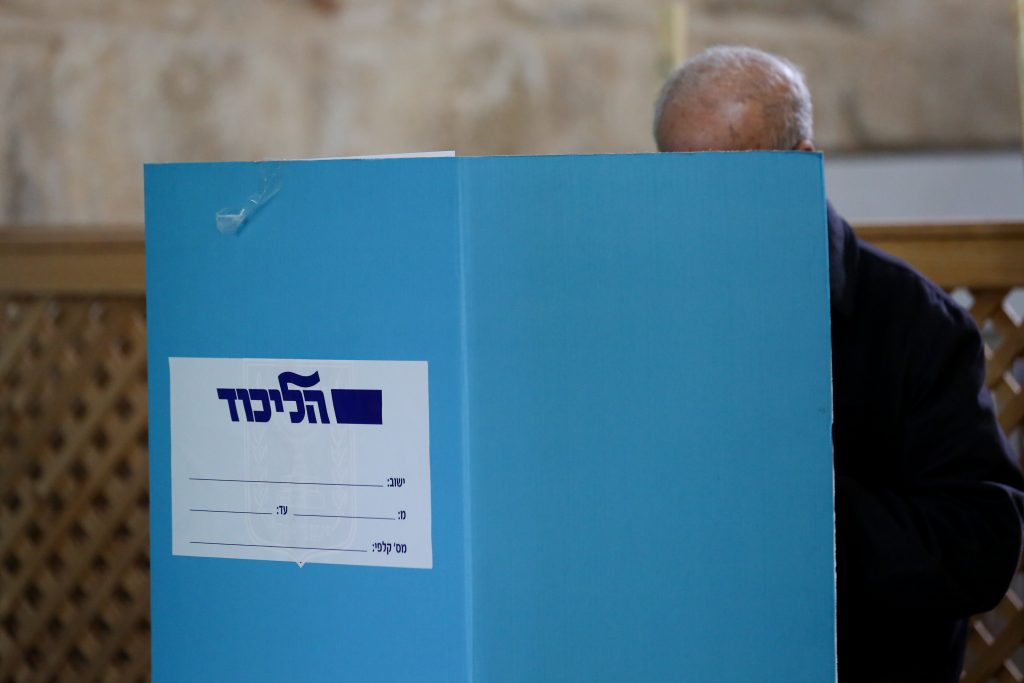 In the first poll released after the final closure of Knesset lists Thursday night, the Likud is still slated to be the largest party in the Knesset, pulling ahead of its Blue and White rivals. However, it is still unlikely that Prime Minister Binyamin Netanyahu will be able to form a government with just the rightwing and religious parties.

According the poll by Maariv and 103FM Radio, the Likud comes in first in the new Knesset, with 32 seats, trailed by Blue and White, which gets 29. The position of the third largest party would be shared by the United Arab List and the newly formed United Right, both getting 11 seats. The Democratic Camp, formed from the remnants of Meretz and Ehud Barak’s Israel Democratic Party, would get 8 seats, while Labor gets 5.

Shas would get 8 and United Torah Judaism 7 – while Yisrael Beytenu would get 10, the poll shows. Meanwhile, Otzma Yehudit and Zehut would not pass the electoral threshold. The results give an equal 53 Knesset seats to the right/religious bloc, and 53 to the center/left/Arab parties – with Yisrael Beytenu having the balance of power to determine which side gets into power.

Meanwhile, in their postmortem on the failure to bring Otzma Yehudit into the unified right-wing camp, politicians on the right blamed in turn Otzma Yehudit leader Itamar Ben Gvir and list head Ayelet Shaked. The latter said in a statement that she “really, really wanted to bring this unification. Unfortunately we were unable to accomplish this. Not everyone knows how to compromise. The members of Otzma decided to turn down out very generous offers. That is their right, but I am sorry that was the case.”

Ben Gvir, for his part, said in a social media post that he was “very disappointed as well. I have high regard for Ayelet Shaked but unfortunately she is not in charge of anything in her party. The decisions were made by Naftali [Bennett], he gets whatever he wants there. I am also disappointed in Betzalel Smotrich and Rabbi Rafi Peretz, who were a bit ungrateful for the benefits I brought their party.”