FOCUS: Four Moments to Watch For as Democrats Debate in Detroit 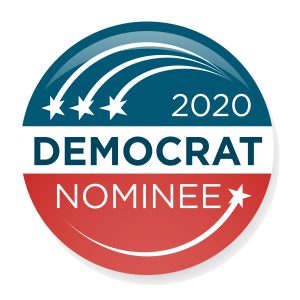 Twenty Democratic presidential hopefuls will take the stage in Detroit on Tuesday and Wednesday nights in their second debate of the nominating contest for the November 2020 election.
Each night features 10 candidates, putting seasoned politicians alongside lesser-known faces eager to continue their introduction to a national audience.
Here are some key moments to watch for during the matchups.

In the first debate, former Vice President Joe Biden and U.S. Senator Kamala Harris of California had the most explosive moments.

Harris delivered a scathing criticism of Biden’s views from the 1970s on school busing to desegregate schools, and Biden took heavy criticism afterward for his defensive and ineffective response.

The two top contenders will appear on the same stage again, standing next to each other on Wednesday night. Biden has vowed he is “not going to be as polite this time.”

Harris will be looking to reclaim the momentum from her standout first debate performance, which resulted in a short-lived burst in the polls.

Flanking Biden on his other side will be Senator Cory Booker, who like Harris is black and who last week intensified his criticism of Biden’s criminal justice record.

Booker, who has been lagging in the polls, has said he planned to take aim at the former vice president.

“[Biden] can’t afford a bad performance. But as we saw in the first debate, a good performance is good for a short time, but we’re back right where we started” in the polls, said Rick Tyler, a Republican strategist who advised Senator Ted Cruz’s presidential campaign in 2016. If a candidate has a good performance, Tyler added, he/she must be prepared to capitalize on it or risk losing the momentum.

Senators Bernie Sanders and Elizabeth Warren, the contest’s two leading progressive candidates, on Tuesday night will face each other on the debate stage for the first time.

The two candidates are competing for the same voters, with some previous Sanders supporters now eager to see a woman who shares his liberal positions become the party’s nominee to take on Republican President Donald Trump in 2020.

Analysts say to watch for how Sanders and Warren choose to criticize the other, with any attacks carrying some risk of sending voters to another candidate altogether.

“In a normal two-way race, one candidate attacks the other and it’s assumed the vote will go to them,” said Jesse Ferguson, a Democratic strategist who worked for Hillary Clinton in 2016. “In a field this wide, you don’t know what your decision could do to the rest of the vote, the rest of the field.”

Instead, Warren may try to court Sanders’ voters by arguing they would get the same policies by backing her and then pointing to her longer list of congressional accomplishments, Tyler said.

The biggest topic of discussion in last month’s debate was Medicare for All – the proposal to have government take over the health insurance industry – and that theme should return this week.

The first night of debate is likely to offer the sharpest contrasts, with Medicare for All proponents Sanders and Warren squaring off against several of the race’s more moderate candidates.

“If the moderators are doing their job, they’re really going to push the candidates on this, because it’s one of the few really big differences,” said Robert Shrum, a political science professor at the University of Southern California.

Harris has been unclear about where she stands on the issue. During the previous debate, she said she would support a complete government takeover of insurance but then later walked back that stance.

Progressives have said they plan to criticize Biden for refusing to embrace Medicare for All. Biden has argued that counter to what his opponents say, any plan would raise taxes on the middle class and arguing otherwise is a “fantasy land.”

For many candidates, this week’s debate may be their final chance to make a prime-time pitch to millions of viewers.

The Democratic Party is aiming to reduce the number of candidates in the next debate, which will be held in September.

Candidates needed 65,000 donations or at least 1% support in three polls to qualify for the first two debates. But the third debate will require 130,000 donors and hitting 2% in polls – a tall order for some long-shot contenders.

Candidates like Senator Kirsten Gillibrand and New York City Mayor Bill de Blasio risk having a hard time raising money if they do not have a standout moment.

Former Representative Beto O’Rourke, who has struggled to sustain the star treatment that greeted his initial campaign announcement, is expected to take aim at Pete Buttigieg, the mayor of South Bend, Indiana, who has risen to the field’s top tier.

Candidates still have time to make their case, as many voters remain undecided, Ferguson said.