Politics Donald Who? Pelosi, Democrats Vow to ‘Own August’ on Issues
Politics 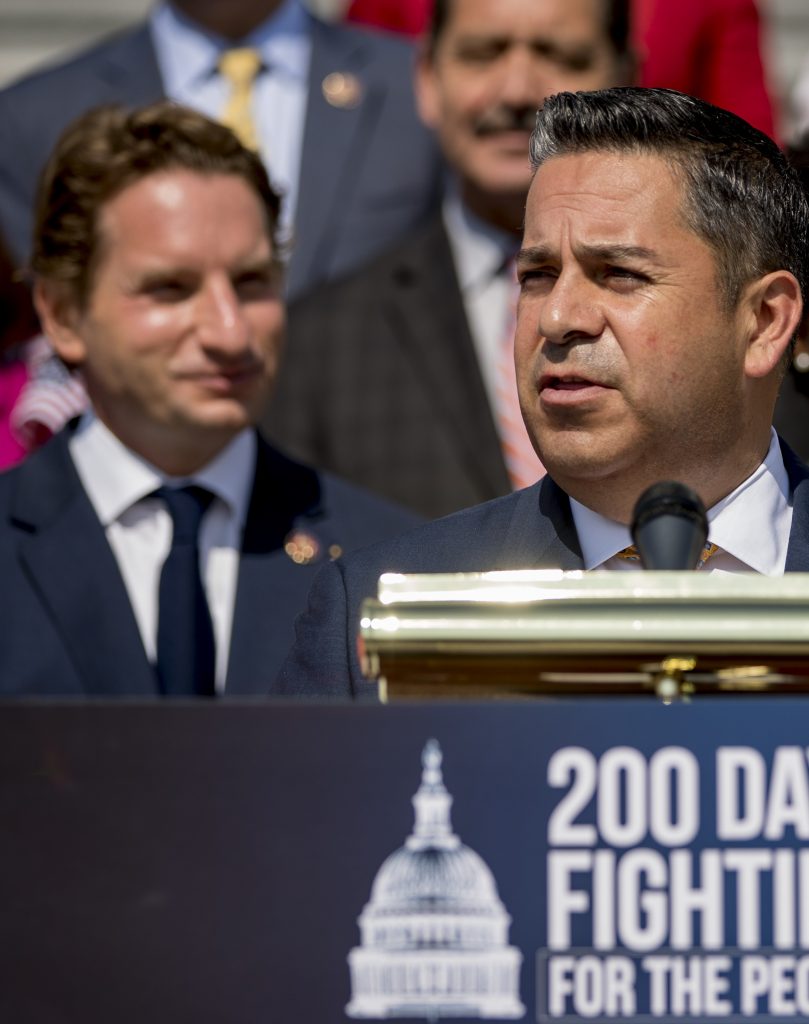 Congressional Democrats on Thursday pivoted away from questions of impeachment by saying they are going to “own” the upcoming August recess on issues like health care and prescription drug costs.

Not emphasized was the testimony a day earlier by former special counsel Robert Mueller, which dulled some Democratic hopes of moving closer to formal impeachment proceedings against President Donald Trump. In private, House Speaker Nancy Pelosi advised members of her caucus to talk about impeachment if they must to advance their prospects of winning re-election next year — but not in a way that challenged other members’ views. A majority of Democrats, like most Americans, do not support launching a House indictment against Trump despite Mueller’s statement that he could not “exculpate” Trump on potential obstruction of justice.

“We will own August, make it too hot to handle for the Senate” to ignore Democratic legislative goals to streamline government and lower the cost of health care and prescription drugs, Pelosi said. Other Democrats gathered on the House steps under brilliant sunshine echoed that phrasing in a likely preview of the party’s message during the many town halls they’ve scheduled over the next six weeks.

Pelosi has long resisted calls for Trump’s impeachment from nearly 90 members of her caucus, prioritizing the re-election bids of a large group of freshmen Democrats who won election in 2018 in districts that Trump carried two years earlier. Lawmakers from those closely divided districts consistently say their constituents ask about local issues, health care, the cost of prescription drugs and fixing roads and bridges far more often than they mention Trump, the Mueller report and impeachment.

Mueller’s highly anticipated testimony on Wednesday seems unlikely to galvanize the party or the nation behind formal impeachment hearings and may have pushed that prospect further from happening. After a shaky start, Mueller stuck resolutely to what’s in the 448-page report, refused to speculate and would not read aloud his conclusions.

What he did say was notable: that his report did not exonerate Trump as the president insists. That it was not a witch hunt. And that Russians are interfering in the next election, even now.

Trump and his Republican allies said the testimony made clear it is time to move on.

Democrats did not emphasize Mueller’s testimony despite weeks of build-up to the hearings.

“Our job was not to entertain, our job was to educate,” said New York Rep. Hakeem Jeffries, a member of the House leadership. “It was my expectation that his testimony would be a building block as it relates to the American people understanding the need to deal with an out of control administration that believes it’s above the law.”