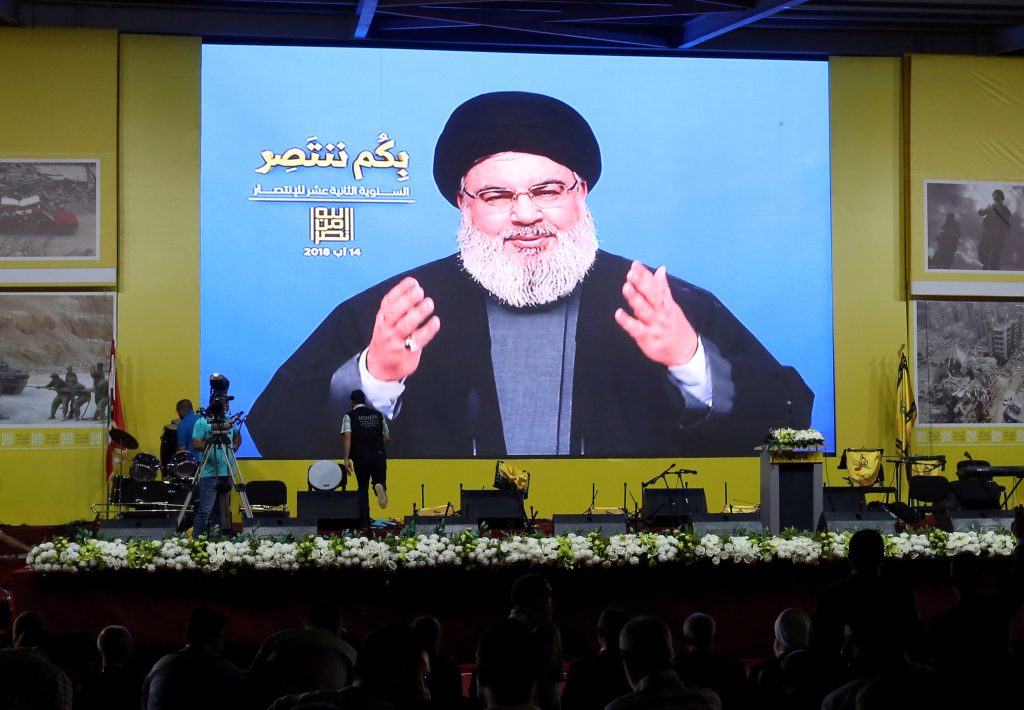 In an interview on the 13th anniversary of the Second Lebanon War, Hezbollah chief Hassan Nasrallah said that the terror group had enough missiles to destroy Israel, and that the group’s missiles were aimed at over 1,000 high-value targets, like Haifa Bay and the Dimona nuclear reactor. “We have a large bank of targets we can draw on,” he said in a speech to thousands of followers that was broadcast live on the Hezbollah-controlled Al-Manar channel.

Nasrallah did not appear live, but spoke to the crowd via video from a hiding place that he habitually remains in to avoid being targeted by Israel. “We don’t need nuclear weapons or bombs” to destroy Israel, Nasrallah said. “Our nuclear weapon is the ammonia tank in Haifa, all we need for that is one or two of our missiles. How many will die? Tens of thousands. How many will be injured? Also tens of thousands.”

Hezbollah’s missiles are “very precise and targeted,” Nasrallah said. “We also have drones. In 2006 we had very limited capabilities, but things are different today. I won’t expand on all our capabilities, some of them will remain as surprises.”

Hezbollah looks at the Second Lebanon War as a victory for the terror group. “We uncovered the lack of preparedness of the Israeli army and the vulnerabilities of the Israeli homefront in that war. Since then they have been conducting homefront drills, and their generals are always saying how the homefront is not prepared and will be unable to handle a war. We are also witnessing a reduction in the power of Israeli infantry, their generals say this as well. Everyone knows that an air force is not sufficient in war today,” he added.