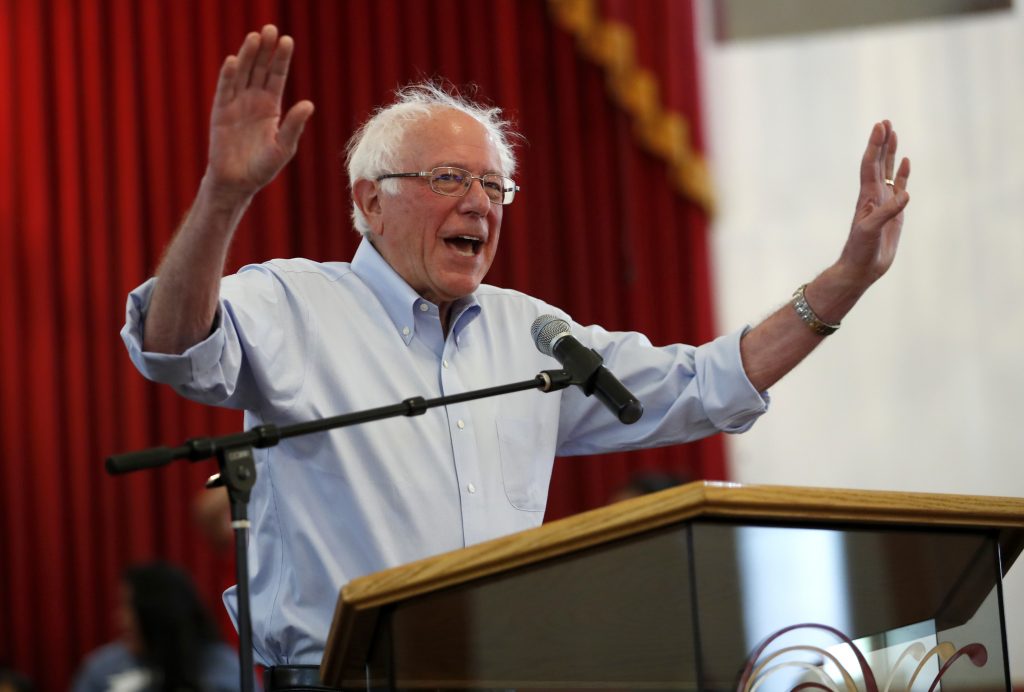 July 4 means Independence Day for Americans, but for Italians it’s a day to celebrate a different type of freedom. It’s their Tax Freedom Day — the day when taxpayers have finally earned enough money to pay the country’s tax bill. Italy’s Tax Freedom Day falls almost three months after taxpayers in the United States paid off our tax bill on April 16.

Italy is not alone in Europe when it comes to high taxes. Workers in neighboring countries have to labor on average more than two months longer than Americans to pay the taxman. In France, they have to work for more than half the year, twice as long as Americans.

The United Kingdom has one of the lower tax burdens in the European Union, but its Tax Freedom Day still comes 43 days after America’s.

The reason these countries have such high tax burdens comes down to one policy choice: expansive government welfare systems.

A large welfare state is increasingly popular among American voters. Presidential candidates on the left have almost universally endorsed some version of “Medicare for all,” free college, a Green New Deal, paid family leave and other expensive government programs.

We are told not to worry about the cost. The rich will pay for all the new spending. But popular proposals, such as a financial transactions tax, a 70% top tax rate, or a wealth tax would raise only about 6% of their proposed spending.

In Europe, it’s not the rich who pay for these programs. Lower- and middle-income workers pay for the expensive European welfare state through high taxes on wages and consumption.

Workers in Europe making two-thirds their country’s average wage — the equivalent of $37,000 a year — pay a 50% marginal tax on every additional dollar they earn.

If a below-average wage earner gets a raise, the government takes half of every additional dollar. That same worker also has to pay a 20% value-added tax — EU-style sales tax — when they spend whatever income they are allowed to keep.

A $37,000 salary is not wealthy based on American or European standards. In the U.S., that same taxpayer is charged a 32% marginal wage tax and pays only a 6% sales tax on average.

In France, lower- and middle-income workers face some of the highest tax burdens. Marginal tax rates on below-average income earners are 70% in France, and they have to work a full three and a half months longer than workers in the U.S. to reach Tax Freedom Day.

High tax burdens have negative effects on the well-being of the country’s citizens. And the programs they fund are less effective at meeting their goals than the private-sector alternatives.

The reason is simple. Private providers have to compete for business by producing value for consumers. Government monopolies can perform poorly and stay in business, as taxpayers aren’t given the choice to take their money elsewhere.

High taxes and generous government-provided benefits reduce the value people gain from working harder to get a promotion or pay raise because they know the government will take half their new income.

When you don’t benefit from the fruits of your own labor, there is less incentive to start your own business or be an entrepreneur. High taxes facilitate a culture of complacency.

We have more than our independence and political freedoms to be thankful for on July 4. Americans should be thankful they do not have to work as long as their European counterparts to pay the nation’s tax burden.

When candidates talk about increasing spending, U.S. taxpayers should understand that big government is expensive and must be paid for by all taxpayers, not just the rich.

Looking to Europe is a good guide to see what America’s future looks like if we continue down the path of ever-larger government programs. The progressive agenda is a roadmap for soaking the middle class.

Reducing spending and cutting taxes further would safeguard America’s historic position as a place of not only political freedoms but also economic freedom.

Adam Michel is a senior policy analyst in the Grover M. Hermann Center for the Federal Budget at The Heritage Foundation (heritage.org). Travis Nix is a member of Heritage’s Young Leader Program.