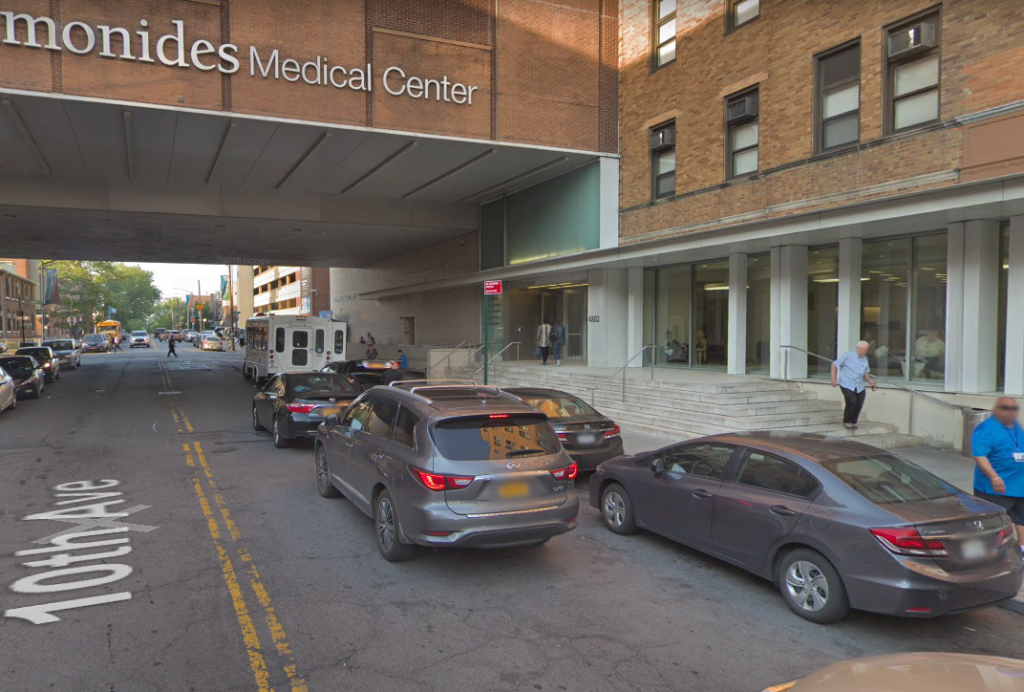 The street in front of Maimonides Medical Center’s main entrance may soon be closed to traffic, following a vote by the local Community Board, in a move the hospital says is needed for safety but which is angering some residents of the heavily trafficked neighborhood.

Maimonides staff recently conducted a presentation before the Transportation Committee of Community Board 12, seeking the closure of 10th Avenue between 48th and 49th Streets, Board District Manager Barry Spitzer told Hamodia. Maimonides says that the street — one side of which has the main hospital entrance, the other side the executive buildings — is unsafe, with doctors, nurses and visitors constantly crossing, and patients being dropped off, and that there have been many accidents and near-misses.

The resolution to make the block into a plaza for a six-month trial period passed the Transportation Committee, and then passed the full board Tuesday night. The plan still must be approved by the New York City Department of Transportation. If approved, the plaza will be made during the trial period without any change to the infrastructure such as permanent barriers or modifications to sidewalks, so that the area could easily revert to a regular street if the plan does not pass on a permanent basis.

Following the trial period, the Board would hold public hearings to determine whether to vote, yet again, to send a resolution to the Transportation Department, this time seeking to make the plaza permanent.

If the plaza were made permanent, it would likely not be on the entire block but only in the center portion, so that the side of the block would be available for dropoffs.

One homeowner who lives on 10th Ave. two blocks from the hospital, who asked to be identified only as Zvi, told Hamodia he and his neighbors are infuriated with the move.

“The traffic is already insane on this avenue, as it is throughout the neighborhood, exacerbated by the drop-offs and pickups at Maimonides,” Zvi said. “Life will just be harder now for cars, school buses, and taxis. If there is a safety concern about crossings, let the people cross at the corners by the lights, or use the indoor crossover connecting the two buildings.”

In a statement to Hamodia, Yidel Perlstein, chairman of Community Board 12, said,  “I agree with Maimonides that something has to be done on that street. We do not know if this is the right way to go, but all the Board did was allow a temporary trial period – subject to DOT approval – to take place and then hold a public hearing to decide how to move forward with a permanent solution.”