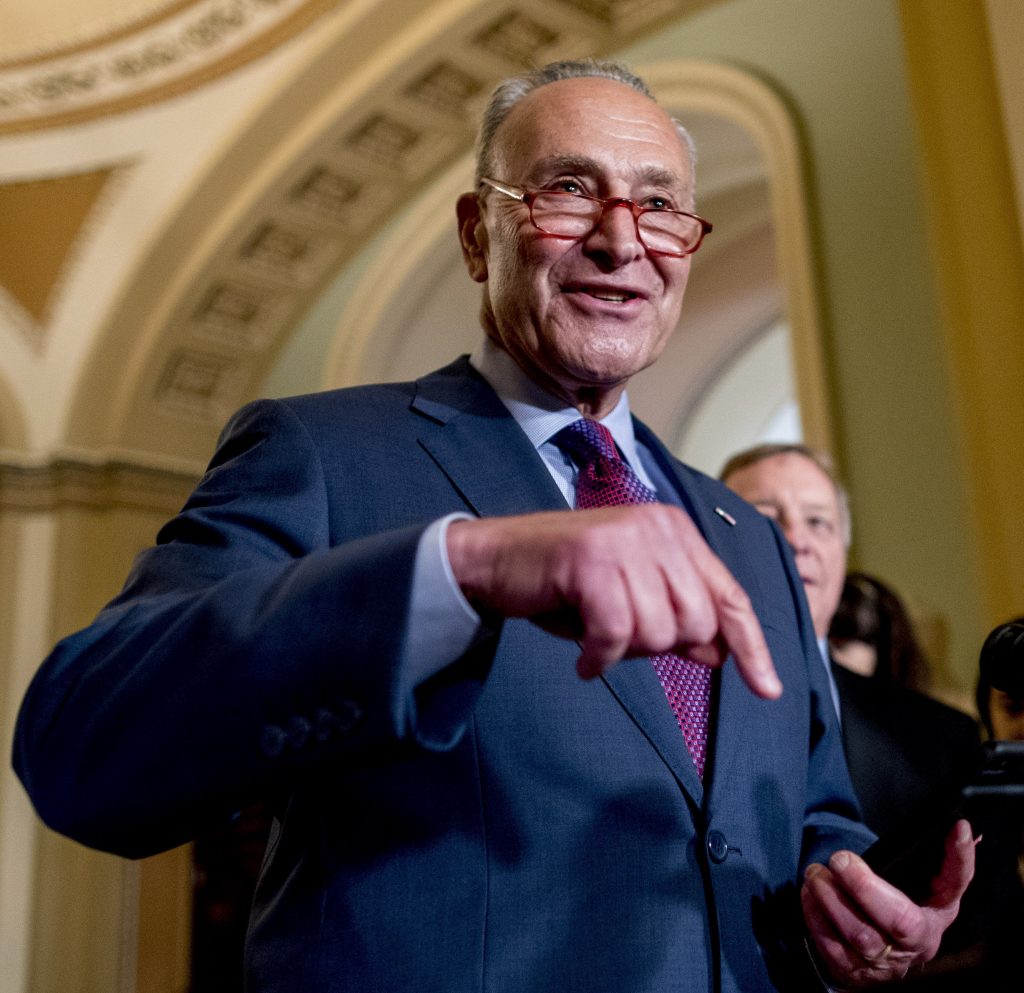 The Senate approved a $4.6 billion in emergency spending for the U.S.–Mexico border, with lawmakers galvanized by a chilling photo of a father and his young daughter lying dead in the Rio Grande.

But despite the bipartisan sense of urgency to act, a struggle loomed with the House, which passed a different version of the spending bill on Tuesday that contains greater restrictions on the Trump administration and is opposed by the White House.

Senate Republicans oppose the House bill, too, and were urging House Speaker Nancy Pelosi, D-Calif., to take up and pass the bipartisan Senate version before Congress leaves town for a 10-day recess as soon as Thursday. But liberals in the House likely would object to such a maneuver, leaving the path forward uncertain even as the crisis at the border registers ever more starkly.

Ahead of Wednesday’s vote, Minority Leader Charles Schumer, D-N.Y., appeared on the Senate floor to display a widely circulated photo of two migrants — Óscar Alberto Martínez Ramírez and his 23-month-old daughter, Valeria — who drowned trying to cross the river into Brownsville, Texas. In the photo the pair lie face down, the little girl’s arm around her father.

“President Trump, I want you to look at this photo,” Schumer said. “These are not drug dealers. Or vagrants or criminals. They are simply people fleeing a horrible situation in their home country for a better life.”

Schumer blamed the Trump administration for conditions at the border, where large numbers of migrants from Central America have overwhelmed U.S. facilities and personnel, resulting in unaccompanied children being held in conditions that visitors have described as inhumane.

The legislation in the Senate includes $2.88 billion for the Office of Refugee Resettlement, the agency responsible for caring for migrant children, which is at risk of running out of money within days.

But some members of the Congressional Hispanic Caucus and the Congressional Progressive Caucus oppose the Senate bill, arguing it allows the administration too much leeway to spend the money on purposes they oppose. The bill passed Tuesday by the House includes stricter conditions on facilities that hold migrants, and excludes money for the Defense Department and Immigration and Customs Enforcement Agency contained in the Senate bill.

Senate Republicans and the White House describe such provisions as nonstarters that would prevent the House Democratic bill from ever becoming law, and they accused Democrats of playing politics with people’s lives.

“House Democrats have been consistently uncooperative and uninterested in anything except political posturing,” said Senate Majority Leader Mitch McConnell, R-Ky. “Now that they’ve finally passed something last night, it’s a go-nowhere proposal filled with poison-pill riders which the president would veto.”

It was uncertain how — or if — the House and Senate would resolve their differences before Congress breaks for its Fourth of July recess. But lawmakers of both parties insisted they could not leave Washington without acting.