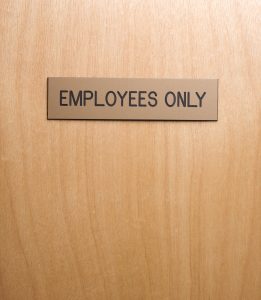 A bill to create a New York state Crohn’s and Colitis identification card passed the Senate last week but will have to wait until next year for a vote in the Assembly.

A law passed last year, the Crohn’s and Colitis Fairness Act, mandates that businesses allow anyone suffering from Crohn’s disease or colitis to use an employee-only restroom. The requirement applies during regular business hours, if there are at least two employees present, and if allowing use of the facility would not pose a health or safety hazard to the customer or a security risk to the business.

Crohn’s and colitis are gastrointestinal diseases that can cause persistent diarrhea, necessitating frequent, urgent trips to the restroom. An estimated 3 million American adults suffer from Crohn’s or colitis, according to the CDC.

The new law, which is sponsored by Sen. Simcha Felder and unanimously passed the Senate last Tuesday, mandates that the state create special ID cards for those with Crohn’s or colitis, which the person would show to the business when he requests to use the restroom. Felder says the law is necessary since businesses have no way of confirming whether a person asking to use the restroom in fact has one of these diseases, and because businesses are still unfamiliar with the mandate.

“This bill is a common-sense way to achieve crucial advancement,” said Felder. “We’ve mandated businesses to make a reasonable accommodation; this is a reasonable way to help facilitate compliance.”

The bill is sponsored in the Assembly by Assemblywoman Amy Paulin. It did not pass before the legislative term ended Friday. The next term begins in early January.

“No one should be forced to endure a humiliating situation in public simply because they have a medical condition over which they have no control,” said Paulin. “My office has heard stories from people denied the accommodations they deserve under the law because employees were confused over their legal obligations or were unconvinced by the third-party ID they were shown. This bill will eliminate that confusion and guarantee access to those who suffer from these diseases.”