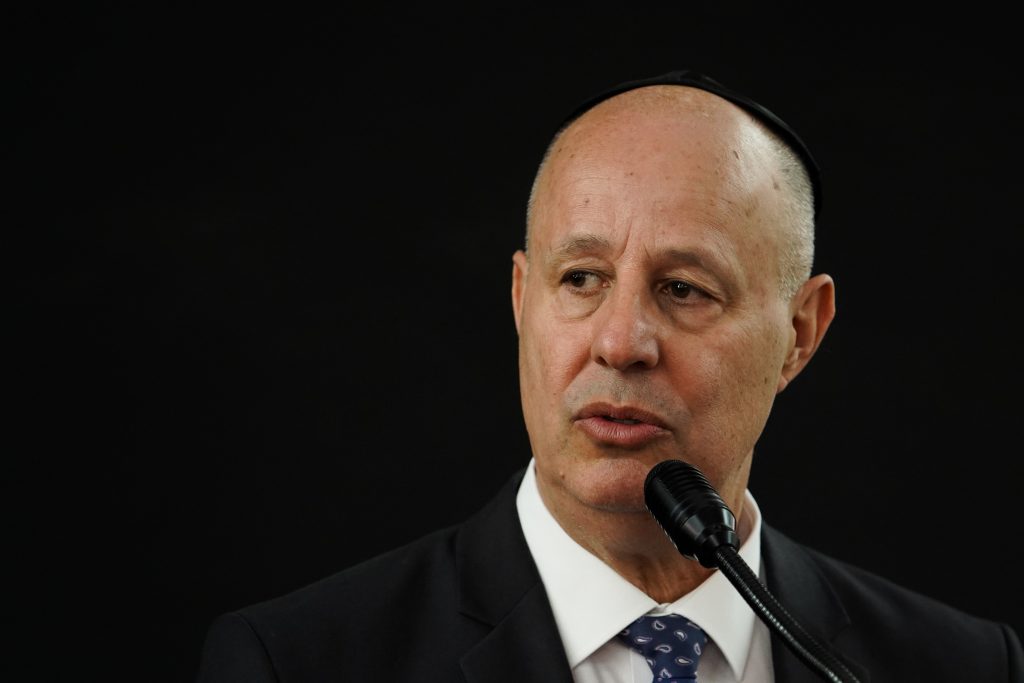 An Israeli minister called a major piece of the White House’s “peace to prosperity” plan “irrelevant” on Sunday.

Speaking Sunday in an interview with Israeli public radio, Cabinet minister Tzachi Hanegbi said one of the proposals in the Trump plan— a land link connecting the Palestinian territories in Yehudah and Shomron and the Gaza Strip — was “irrelevant” so long as the Hamas terror group controls the latter.

The Trump administration’s outline calls for “a major road and, potentially, a modern rail line” between the two Palestinian territories to “reduce the complications of travel for Palestinians” and stimulate commerce.

“It will be relevant when Gaza will stop being a pro-Iranian terror kingdom, meaning it’s irrelevant today and in the foreseeable future,” said Hanegbi, Israel’s minister for regional cooperation and a close ally of Prime Minister Netanyahu.

Meanwhile, the Arab League reaffirmed a pledge to pay $100 million a month to the Palestinian Authority, the AFP reported.

Arab finance ministers meeting in Cairo renewed a promise first made in April to boost “the Palestinian Authority’s budget with a $100 million monthly transfer… as it faces financial burdens,” a statement said.

They also insist, in an implicit rebuke to the White House’s economic plan, on the “complete Arab support to the Palestinian state’s economic, political and financial independence.”

As the Bahrain workshop approaches on Tuesday, planned protests began in the Arab world.

In the Moroccan capital Rabat, thousands of people shouted anti-Israel and anti-American slogan, such as “Death to Israel!” and “Death to the United States!” AFP reported.

Arab participants at the conference were not spared either. Saudi Arabia and the United Arab Emirates were denounced as “traitor regimes.”

The Palestinian Authority’s Foreign Ministry continued its campaign against the U.S. peace plan, of which Bahrain is the first phase, calling it “the Balfour Declaration II, which denies the existence of the Palestinian people.”

A statement from Mahmoud Abbas’s government says the proposal “does not talk about the economy of the Palestinian state and its components, but tries to whitewash the occupation and settlements.”