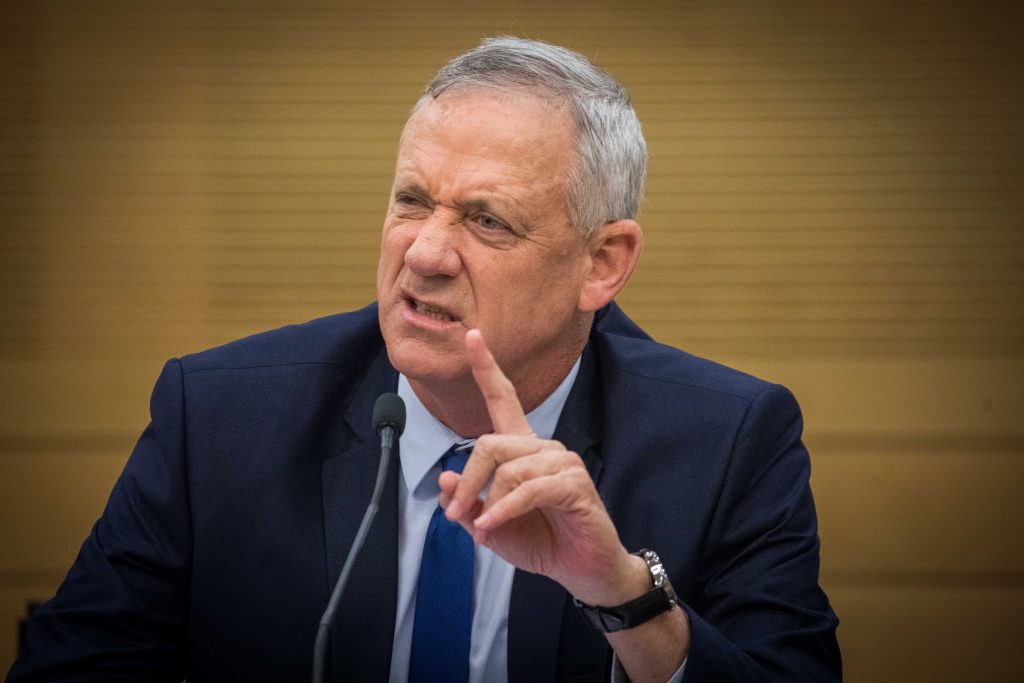 Blue and White leader Benny Gantz said on Sunday that the new Transportation Minister Bezalel Smotrich should not be given a seat in the security cabinet, citing the latter’s background in right-wing street protests.

Ministers on Sunday approved the appointment of United Right party leaders Smotrich and Rabbi Rafi Peretz to the transportation and education ministries respectively. In addition Smotrich was made a member of the security cabinet, while Rabbi Peretz was given observer status.

Gantz claimed that the security post was an improper political deal, in exchange for Smotrich’s support for a bill to provide immunity from criminal prosecution for Israeli Prime Minister Binyamin Netanyahu.

“This is security abandon in exchange for legal immunity. The security situation in the region is being undermined, and we are a short decision away from fighting that we have not seen in the Middle East since the Gulf War,” Gantz wrote in an online post.

“And what is Netanyahu—Mr. ‘Iran Before Everything’—preoccupied with this morning? With the introduction of Bezalel Smotrich into the security cabinet, the most sensitive room in the State of Israel.”

“A person who encouraged citizens to block roads and confront security forces and called for a ‘dilution’ of Gaza’s population will sit in the room opposite the chief of staff and head of the Mossad, who will detail the most sensitive and secretive security plans? And the discussion there will be conducted seriously and for the benefit of the state and its citizens?”

“Bibi – do not sell Israel’s security for immunity, do not turn our security into a political and personal sale. Stop Smotrich’s appointment to the cabinet,” Gantz said.

Smotrich was arrested during protests against the 2005 withdrawal from Gaza, and detained in jail for three weeks, but was released without being charged with any crime.

There was no comment yet from either Smotrich or Netanyahu regarding Gantz’s objection.