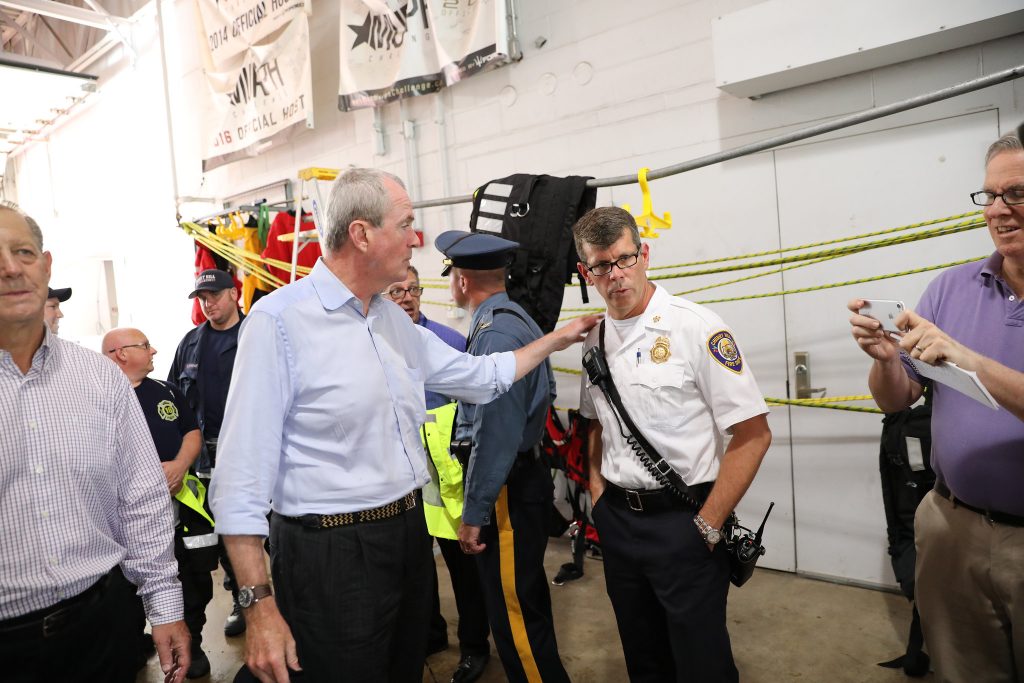 The budget will arrive on the first-term Democratic governor’s desk in plenty of time ahead of a June 30 constitutional deadline, but whether Murphy signs the bill, vetoes it or line-item vetoes parts of the lawmakers’ spending is up in the air.

Murphy has said that “all options are on the table.” In a letter to legislators on Wednesday he said he would take “corrective action” if the spending plan didn’t have the revenue he sought, hinting at a line-item veto.

Democratic Assembly Speaker Craig Coughlin said the spending plan is a fair, responsible budget and said he believes the governor will agree once it reaches his desk.

A closer look at what’s in the budget:

The lawmakers’ budget leaves out the income tax increase on people making $1 million and above.

Murphy wants the top marginal rate to go from 8.97% to 10.75%. Murphy had estimated the hike would bring in nearly a half-billion dollars, which he said he’d use in part to finance a $125 tax credit to defray residents’ sky-high property taxes. He said the funding would also help stabilize the budget in future years so the state could meet its pension and education funding requirements.

Lawmakers say it’s not the right time to raise taxes and point to the state’s overall rosy revenues in the current fiscal year.

Democratic state Sen. Nia Gill rebuked her colleagues on the floor and said the budget represented more of a “trickle-down” document and not a progressive spending plan. She cited polling that shows taxing the wealthy is popular.

“Not to have the millionaire’s tax in this is not to have what the public wants,” she said.

They hailed their budget for not including any tax increases.

Lawmakers added $50 million to Murphy’s proposed general fund subsidy to NJ Transit. They also added about $100 million in what they call “legislative priorities.”

Those include an additional $14 million for post-partum Medicaid coverage and an additional $2.5 million in utility benefits for low-income residents, among a host of other programs.

“I believe this budget address the priorities that we all care about,” Democratic budget chairman Sen. Paul Sarlo said. “I believe this is something we can embrace in a bipartisan manner.”

They cut some other fees that Murphy wanted to increase, including hiking gun purchase permit fees from $2 to $50 as well as a fee on corporations who had more than 50 employees getting state Medicaid services.

Lawmakers would also hike the state’s surplus to about $1.4 billion from Murphy’s proposed $1.2 billion.

But they’re doing away with Murphy’s proposed deposit into the state’s so-called rainy-day fund, which is separate from the surplus and has not been funded in about a decade.

They’re also adding about $18 million in addition to Murphy’s budget to fund a property tax relief program for seniors and the disabled.

They slashed funding for free community college that Murphy sought, taking it down from $58.5 million to $30 million.

The lawmakers’ budget and Murphy both continue the so-called ramp up to fully funding the public pension at $3.8 billion. They both also continue school funding, putting aside roughly $15 billion for education.