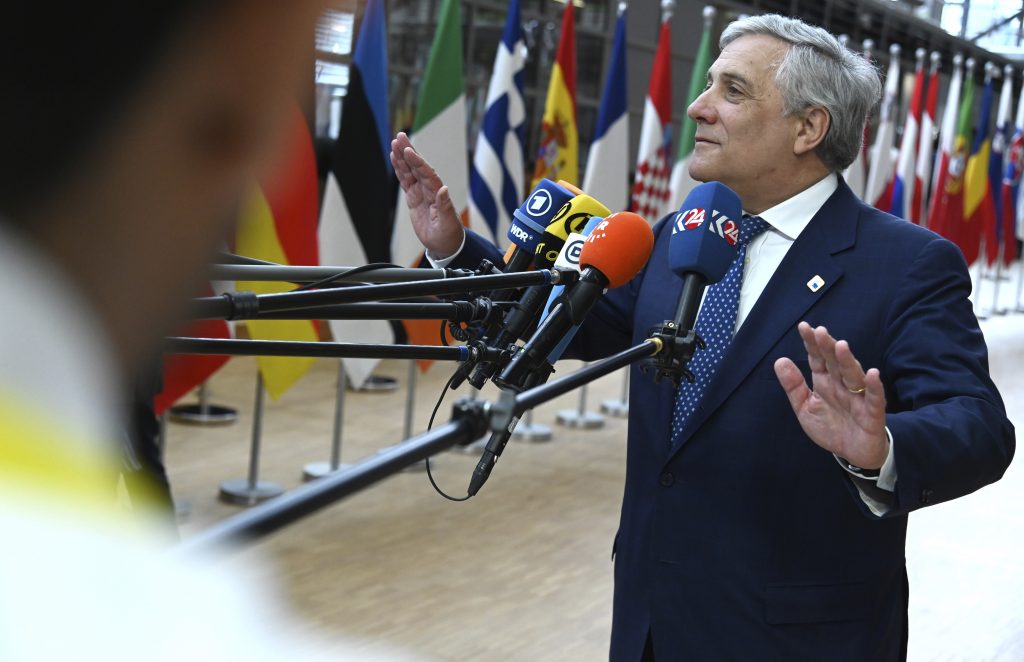 European Union leaders struggled Thursday to bridge deep differences over who should be appointed to some of the bloc’s most prestigious jobs — making it likely they will need to convene yet another summit to sort out the top posts.

Keen to show that Europe can react to its citizens’ concerns, the bloc’s leaders gathered after May’s EU parliament elections, determined to quickly wrap up the politically charged process of choosing the next president for the European Council and the head of the bloc’s powerful executive arm, the European Commission, plus other senior jobs.

But even before their two-day summit in Brussels started Thursday, French President Emmanuel Macron cast a pall over the deliberations, saying upon his arrival at EU headquarters that no confirmed names might emerge this time around.

His doubts were echoed by current Council President Donald Tusk — chairman of the leaders’ summit — who expressed his skepticism in a laconic Twitter message.

“Yesterday I was cautiously optimistic. Today I’m more cautious than optimistic,” wrote Tusk, who leaves office in the late fall.

“The likelihood is that we will have to have another summit at the end of June or early July,” said Irish Prime Minister Leo Varadkar, who added “it’s quicker to elect the pope very often than it is to fill these particular positions.”

Under EU rules, the member countries choose who will run the commission, replacing current leader Jean-Claude Juncker. The European Parliament must endorse that choice. But the assembly has been trying to play hard ball, insisting that only the party leader candidates who ran in last month’s elections should be eligible for the post.

But that principle has been questioned by Macron, whose party has joined forces in a new free-market liberal group in the assembly bolstered by the European Parliament election results, and set him on a collision course with German Chancellor Angela Merkel.

Merkel backs German conservative Manfred Weber, whose center-right European People’s Party is the largest political group in the European Parliament but lost seats in the EU vote in May. Macron, however, has made clear he does not want to support the Bavarian politician because he lacks experience in such a high-profile role.

European Parliament President Antonio Tajani said the assembly insists the lead candidate system must be followed and underlined his support for Weber.

“I hope that we do find a solution and we avoid a war between institutions,” Tajani said.

The EU is responsible for coordinating common policies on sectors ranging from the single market to agriculture, from competition issues to immigration. In addition to the presidency posts, a new EU foreign policy chief must be chosen, as well as a chairman of the European Central Bank. The new parliament will also choose its own president when it sits on July 2.

For weeks now, each nation has sought to jockey their favorite candidate into the best position to exert the most clout for the next five to eight years.

The job responsibilities are huge: Tusk and Juncker negotiate with the likes of U.S. President Donald Trump or Chinese leader Xi Jinping, while the head of the ECB can set monetary policy for the 19 nations who use the shared euro currency.

The leaders of EU institutions are supposed to impartially represent the interests of all member nations on the global stage and at home. But patriotism sets in as officials from individual EU countries push candidates from their homelands to rule the roost of the bloc’s population of 500 million and the world’s biggest economic alliance.

Beyond national concerns, there is geography too. There needs to be a mix of big member states, like Merkel’s Germany, and small ones, like Juncker’s Luxembourg. The west and east, north and south also need to be represented in the EU somehow. The outgoing group of EU officials was lopsidedly Italian, with Tajani holding the parliament top post, Mario Draghi head of the ECB and Federica Mogherini the EU foreign policy chief.

Then there is the political competition between the conservative European People’s Party, the Socialists, free-market liberals and even the Greens to make sure enough of their concerns shine through. Many feel that even though the EPP group is the biggest in the EU parliament, having Tusk, Tajani and Juncker all in such high positions was too much, especially since that group lost seats in the EU’s May election.

This time around, many feel that women need to be better represented at the top of the EU’s hierarchy.

It makes for an implausible array of candidates who will have to fit into a European political puzzle. Even Merkel has been mentioned as a potential replacement for Tusk, or perhaps Juncker, though she has denied it.

Many candidates have denied EU ambitions, putting on shows of disinterest that in the past have often helped them secure a top job.