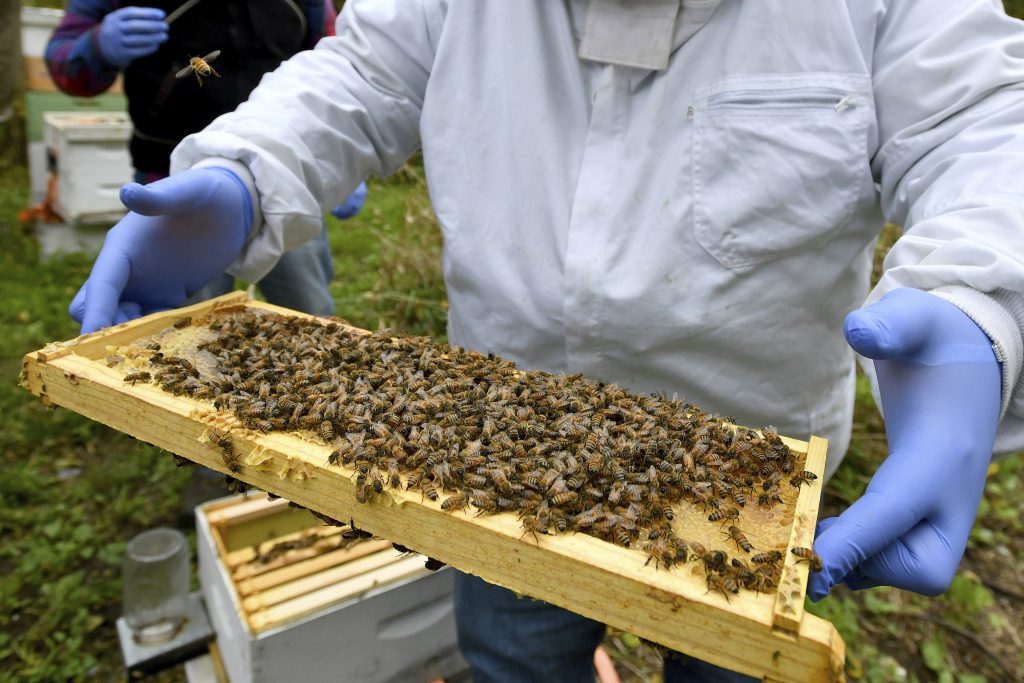 The annual nationwide survey by the Bee Informed Partnership found 37.7% of honeybee colonies died this past winter, nearly 9 percentage points higher than the average winter loss.

The survey of nearly 4,700 beekeepers managing more than 300,000 colonies goes back 13 years and is conducted by bee experts at the University of Maryland, Auburn University and several other colleges.

“The fact that we suddenly had the worst winter we’ve had … is troubling,” vanEngelsdorp said.

Some bees usually die over winter, but until the past couple decades, when a combination of problems struck colonies, losses rarely exceeded 10%, he said.

Bees pollinate $15 billion worth of U.S. food crops. One-third of the human diet comes from pollinators, including native wild bees and other animals, many of which are also in trouble, according to the U.S. Department of Agriculture.

“We should be concerned on multiple levels,” said University of California, Berkeley, agricultural social scientist Jennie Durant, who has a separate study this week on loss of food supply for bees.