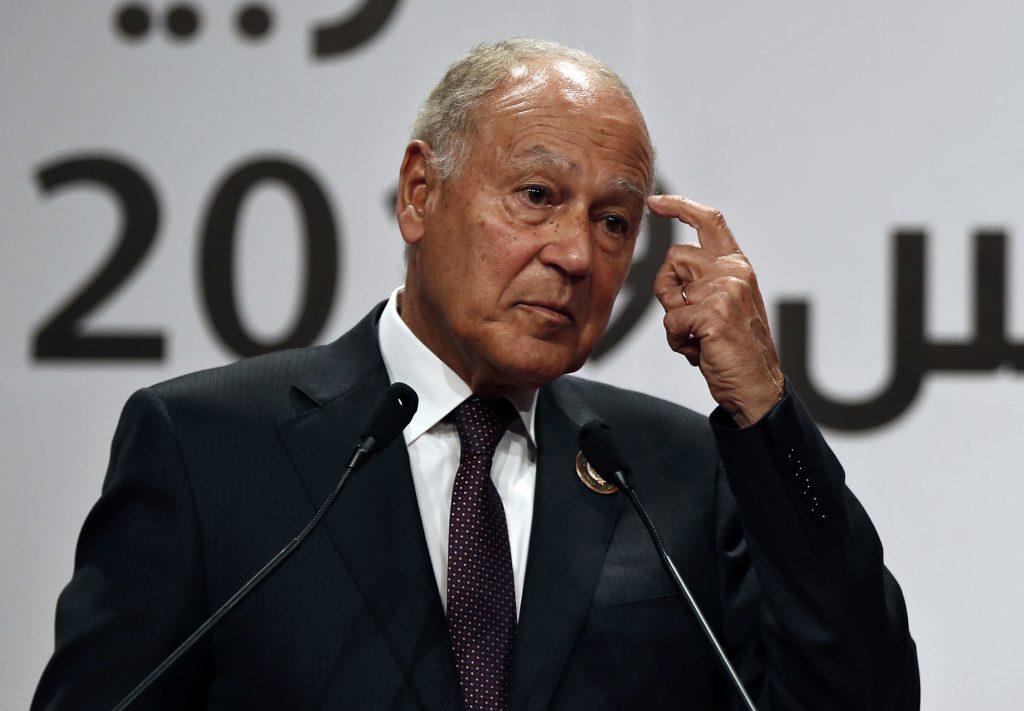 The head of the Arab League warned on Monday that attempts to solve the Israel-Palestinian conflict will be in vain without the establishment of a Palestinian state in all territories captured by Israel in the 1967 Middle East war.

Ahmed Aboul Gheit’s comments appeared directed at a still unpublished peace plan that U.S. President Donald Trump has dubbed the “deal of the century.” As part of the plan, a U.S.-led conference will be held next week in Bahrain on proposals for the Palestinian economy.

The Palestinian leadership is boycotting the conference, saying President Trump’s peace plan is likely to be heavily weighted in favor of Israel and to quash their aspirations for statehood.

While the precise outlines of the draft plan have yet to be revealed, Palestinian and Arab sources who have been briefed on it say it jettisons the two-state solution.

“Whatever is rejected by the Palestinian or the Arab side is unacceptable,” Aboul Gheit said during an event at the Arab League.

“What is acceptable from our side as Arabs as a solution is the establishment of a Palestinian state on the June 4, 1967 borders, with Jerusalem as its capital,” he added.

Aboul Gheit said that Israel’s acceptance of an Arab Peace Initiative drawn up by Saudi Arabia in 2002, which offers Israel normal ties in return for withdrawal from territory captured in 1967, was the only acceptable solution for Arab states.

“If (Israel) chooses the only reasonable and accepted way from our side as Arabs, which is the establishment of a Palestinian state … it will be accepted in the region as a normal regional partner,” he said.