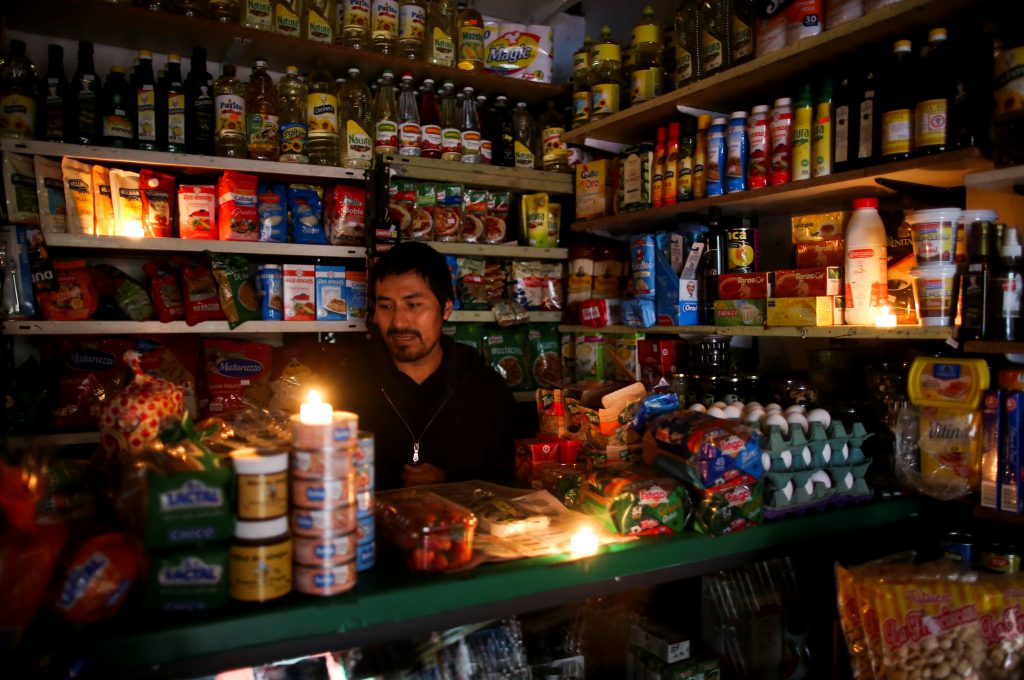 Power returned to much of Argentina and two neighboring countries following a massive blackout that left tens of millions in the dark on Sunday, but Argentine President Mauricio Macri said the cause of the “unprecedented” outage was still unclear.

Power had returned to nearly 90 percent of Argentina by early on Sunday evening and to virtually all of Uruguay and Paraguay, officials in each country said.

Macri´s energy secretary, Gustavo Lopetegui, told reporters earlier in the day that the blackout started with a failure in the country´s “interconnection system,” known as SADI, but said the root cause of the outage remained unknown and that results of a full investigation would not be available for 10 to 15 days.

“There was a failure in the system, the kind that happens regularly in Argentina and other countries,” said Lopetegui, adding that “a chain of events that took place later … caused a total disruption.”

“This case is unprecedented and will be deeply investigated,” Macri said on social media.

The blackout comes amid a deepening economic crisis in Argentina that has plunged nearly a third of the country into poverty, pushed interest rates skyward and sent the peso tumbling against the dollar, prompting mass protests throughout the country.

‘CITY IS A DISASTER’

Residents of Buenos Aires, a city of nearly 16 million, awoke on Sunday to a nearly entirely dark city. The blackout hobbled public transportation, cut off water supplies and crippled phone and internet communications for much of the day.

Images from social media showed long lines of cars at the few service stations still in operation in Argentina’s largest city and traffic lights dim, creating chaos in places even on a normally quiet Sunday.

“The city is a disaster. There are no traffic lights. Stores aren’t open. It spoiled Father’s Day,” said 75-year-old retiree Liliana Comis.

Speculation abounded on social media about the causes of the blackout, as well as sharp rebukes by critics of Macri, who is running for re-election later this year in a hotly contested race.

“Millions of Argentines, who have had to pay astronomical rates for electricity to benefit those in power, are still waiting for power to return to their homes,” Alberto Fernandez, a Peronist presidential candidate, said in a tweet on Sunday afternoon.

The blackout also renewed questions about the vulnerability of parts of the South American grid, which transcends borders and connects many of the region´s largest economies.

A similarly massive outage in Brazil in 2009, caused by a failure at the country´s sprawling Itaipu hydroelectric plant, cut power to tens of millions and led to calls for Brazil to beef up its energy infrastructure.

A spokesman for Argentine state oil company YPF told Reuters that its La Plata refinery, a critical link in the country’s oil infrastructure, had been temporarily shut down following the outage.

Argentina is also home to the Vaca Muerta shale formation, one of the world’s biggest reserves of shale gas and oil. It was not immediately clear to what extent drilling operations there had been affected.

Brazil, despite its connection to the Argentine grid, appeared to escape any serious impact from the blackout.

A spokesman for Brazil’s power system operator, Operador Nacional do Sistema Eletrico (ONS), told Reuters early on Sunday the outage had not affected that country.