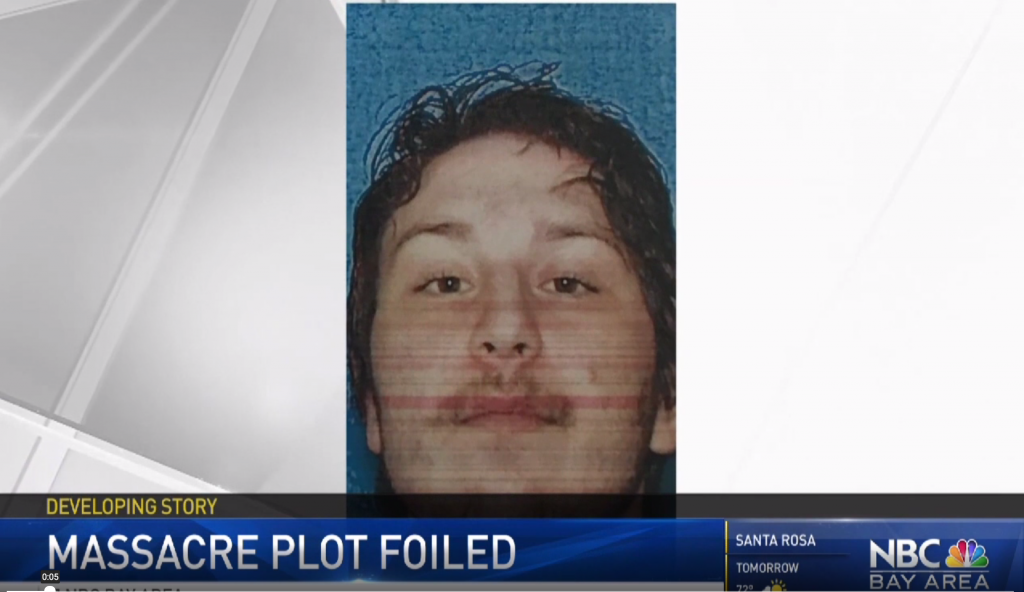 Police in Concord, California, have arrested a man accused of planning a shooting attack on Jews, NBC Bay Area and Fox 2 KTVU report.

The FBI found out about a plot by Ross Anthony Farca, 23, through a tip from someone who had seen him post threats online. Farca had threatened Jews, threatened to commit a mass shooting at a synagogue, and threatened to shoot police. The FBI relayed the information to Concord police, who arrested Farca last Monday.

In Farca’s home, police found an assault rifle with 13 magazines, a sword, camouflage clothing and ammunition, along with books about Nazis.

He has been charged with making criminal threats, possession of an illegal assault rifle and manufacturing an assault rifle.

According to charging documents, Farca had a fascination with Hitler and hatred for Jews. He has been been on the radar of Concord police and the FBI as a possible terrorist.

Neighbors say they have been concerned for years over Farca’s behavior.