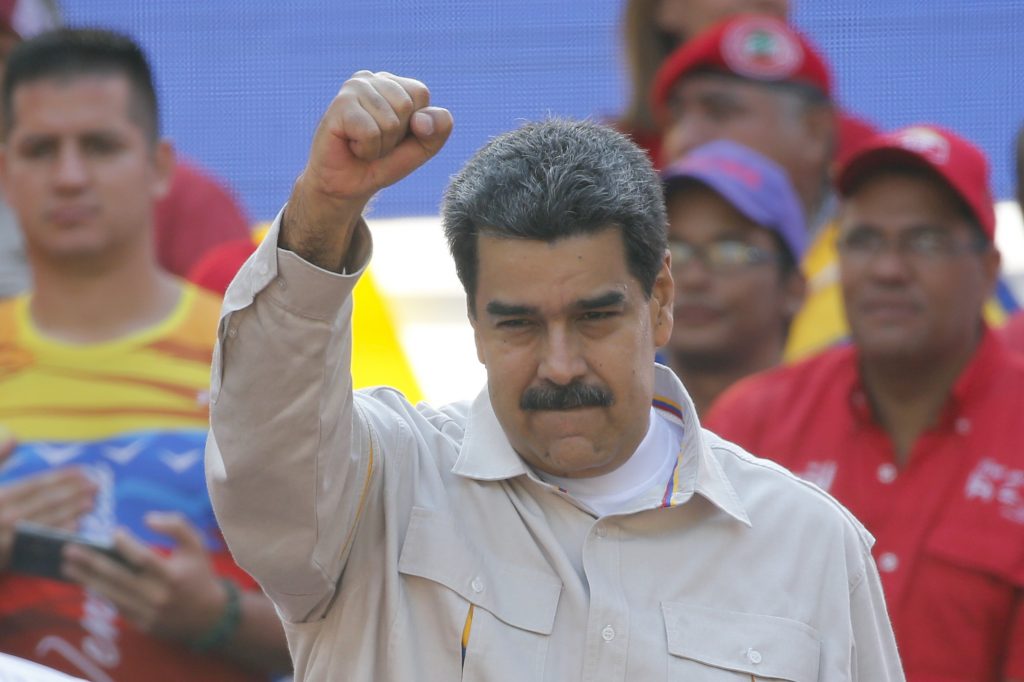 Major European nations are considering imposing sanctions on Venezuela’s Nicolás Maduro and several top officials for their recent crackdown on political opponents, although divisions remain over the timing of any action for fear of derailing a negotiated exit to the country’s crisis, The Associated Press has learned.

The financial and travel restrictions are being mulled by a core group of five nations — U.K., France, Germany, Spain and the Netherlands — before being proposed to the European Council, said diplomats and members of the Venezuelan opposition with knowledge of the plan.

A total of five sources spoke on condition of anonymity because they weren’t authorized to discuss the deliberations publicly.

While Maduro is among a dozen officials who could be hit with sanctions, no final decision has been made, two people said. The group still needs to breach internal divisions before making a formal proposal to the EU’s executive branch.

Greater consensus exists for punishing top members of the armed forces and judiciary who have been instrumental in the arrest of allies of opposition leader Juan Guaidó, including Defense Minister Vladimir Padrino, whose family is believed to live in Spain. Also on the list is Communications Minister Jorge Rodríguez, a top Maduro aide and envoy to talks with the opposition sponsored by Norway, and Jorge Márquez, who is head of the powerful communications regulator which was responsible for pulling the plug on Spanish broadcaster Antena 3 and Britain’s BBC earlier this year.

Steady progress is being made on building a solid legal case for the restrictions, but the main obstacle is the uncertain impact it could have on a mediation effort by Norway between representatives of Maduro and opposition leader Juan Guaidó, the sources added.

“Our priority is not to impose new sanctions. But neither is it to relax pressure on members of the Venezuelan government,” said a Spanish Foreign Ministry official. “The primary focus at the moment is the dialogue in Norway.”

After two rounds of meetings in Norway, the opposition had not agreed by Saturday to a third round scheduled to begin next week in Barbados, three diplomats told AP. Guaidó, who has been recognized as Venezuela’s interim president by more than 50 countries, including most EU members, has pledged not to return to the negotiating table until Maduro is ready to call early presidential elections.

The Swedish government also confirmed Friday that it hosted talks this week between major powers with interests in Venezuela. The talks in Stockholm were not attended by either side in the Venezuelan power struggle but did include diplomats from Russia — Maduro’s main financial and military backer — as well as Enrique Iglesias, the new EU envoy for Venezuela.

Almost two years ago, the Trump administration added Maduro to its sanctions list of now more than 100 Venezuelan officials and insiders whose U.S. assets are frozen and who are barred from doing business with Americans.

But the EU has been slower than the U.S. and Canada to confront Maduro, fearing it could wreck the possibility of a negotiated solution to the political stalemate that has exacerbated misery in a country where more than 4 million people — almost 15% of the population — have migrated in search of work and food abroad. The EU’s cautious approach has drawn criticism from members of Venezuela’s opposition, which believe it gives oxygen to Maduro’s government.

Venezuelan Foreign Minister Jorge Arreaza has repeatedly denounced sanctions by the U.S. and EU as an illegal violation of the country’s sovereignty. But under the logic of such actions, he said such tools should be used against Guaidó because he had promoted violence.

One factor now influencing the EU’s consideration of sanctions is the Venezuelan government’s recent political crackdown — in which the deputy head of the opposition-controlled congress was arrested. Another 18 lawmakers have been stripped of their parliamentary immunity from prosecution.

Maduro has argued that the crackdown was focused on lawmakers who backed a failed April 30 military uprising which Guaidó says was an attempt to restore Venezuela’s democracy.