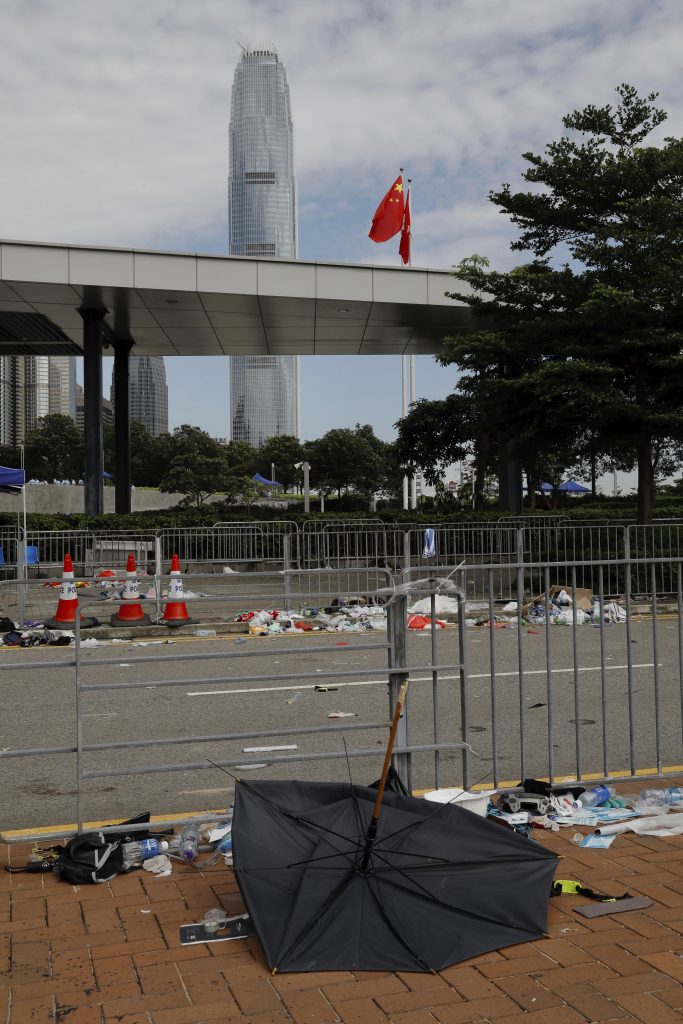 Hong Kong authorities were bracing Friday for more protests by demonstrators trying to prevent Beijing-appointed Chief Executive Carrie Lam from pushing through a bill that would allow suspects from the territory to be tried in mainland Chinese courts.

As of Friday afternoon, more than 30,000 people had signed a petition protesting the use of force by police during violent clashes with protesters earlier in the week.

The busy downtown area was calm Friday morning after days of protests by students and human rights activists. But a demonstration by a group of mothers angry with police use of rubber bullets, batons and other forceful measures was expected Friday evening. Still more protests were planned for Sunday and Monday.

Traffic flowed on major thoroughfares that had been closed after a protest by hundreds of thousands of people on Sunday, challenging Lam’s 2-year-old government. Protesters had kept up a presence through Thursday night, singing hymns and holding up signs criticizing the police for their handling of the demonstrations.

Demonstrators say they are committed to preventing the government from enacting amendments they see as eroding the legal autonomy Hong Kong retained when Britain ended its colonial rule of the city in 1997, handing sovereignty to Beijing.

The clashes Wednesday drew tens of thousands of mostly young residents and forced the legislature to postpone debate on the bill.

Pressure on the Hong Kong leader, caught between a restive public and Communist rulers in Beijing, is growing, said Willy Lam, an expert on Chinese politics at the Chinese University of Hong Kong.

Calls to amend the plan or for Carrie Lam to step down are coming from many sectors, including business leaders, he noted, adding that it’s President Xi Jinping in Beijing who will decide, not Carrie Lam.

Police said they arrested 11 people on charges such as assaulting police officers and unlawful assembly. Police Commissioner Stephen Lo Wai-chung said 22 officers had been injured in the fracas and hospitals said they had treated 81 people for protest-related injuries.

The debris-strewn area around the building, which houses the Legislative Council, was blocked off by police while sanitation workers gathered rubbish and police officers checked identity cards before letting people into the area.

The standoff between police and protesters is Hong Kong’s most severe political crisis since the Communist Party-ruled mainland took control in 1997 with a promise not to interfere with the city’s civil liberties and courts.