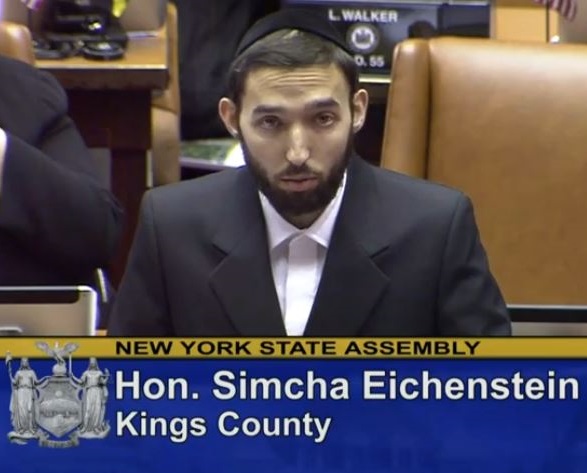 New York lawmakers have passed a bill that will eliminate a religious exemption to vaccine mandates for schoolchildren in the face of the state’s worst measles outbreak in decades.

The Democrat-led Assembly and Senate both approved the measure Thursday.

Although they both are in favor of vaccination, both State Senator Simcha Felder and Assemblyman Simcha Eichenstein voted negative on the bill.

Senator Simcha Felder released a statement which said in part, “I am in favor of, and continue to advocate for widespread vaccination. However, the separation of Church and State as guaranteed by the First Amendment is a cornerstone of our Democracy. Any detraction of religious liberty by the State sets a dangerous precedent.”

After stating on the floor of the State Assembly that he is pro-vaccination and that all his children are vaccinated, Assemblyman Simcha Eichenstein explained his reason for voting against this bill. “We are here debating something which is beyond the scope of a legislature, because in America, we have a guarantee of religious freedom that surpasses any other nation on this planet. It is dangerous for a legislative body to pick and choose when New Yorkers have their First Amendment rights and when they do not. In the United States of America, we do not legislate religious beliefs.”

Similar exemptions are allowed in 46 states, though lawmakers in several of them are also considering the elimination of the waiver. Maine nixed its religious exemption earlier this year.

Hundreds of opponents to the bill, including parents of unvaccinated children, protested outside New York’s Capitol ahead of Thursday’s vote. They say the bill is an assault on religious freedom.