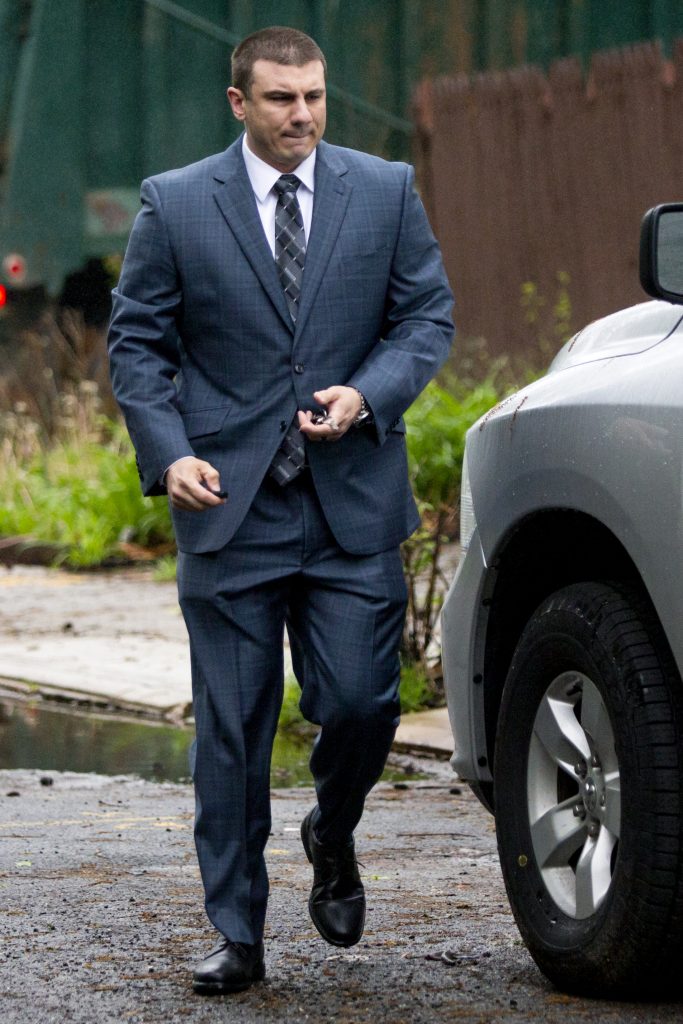 A federal prosecutor is sitting in on the administrative trial of a New York City police officer accused of killing Eric Garner with a chokehold banned by the department.

The appearance of Assistant U.S. Attorney Elizabeth Geddes at a proceeding on Wednesday signaled that the Department of Justice still has an interest in how Garner died.

A federal inquiry began after a state grand jury declined to charge Officer Daniel Pantaleo in 2014. Federal authorities are facing a mid-July deadline to decide whether to charge him with civil rights violations.

Pantaleo could be fired if an administrative judge determines he violated NYPD procedures.