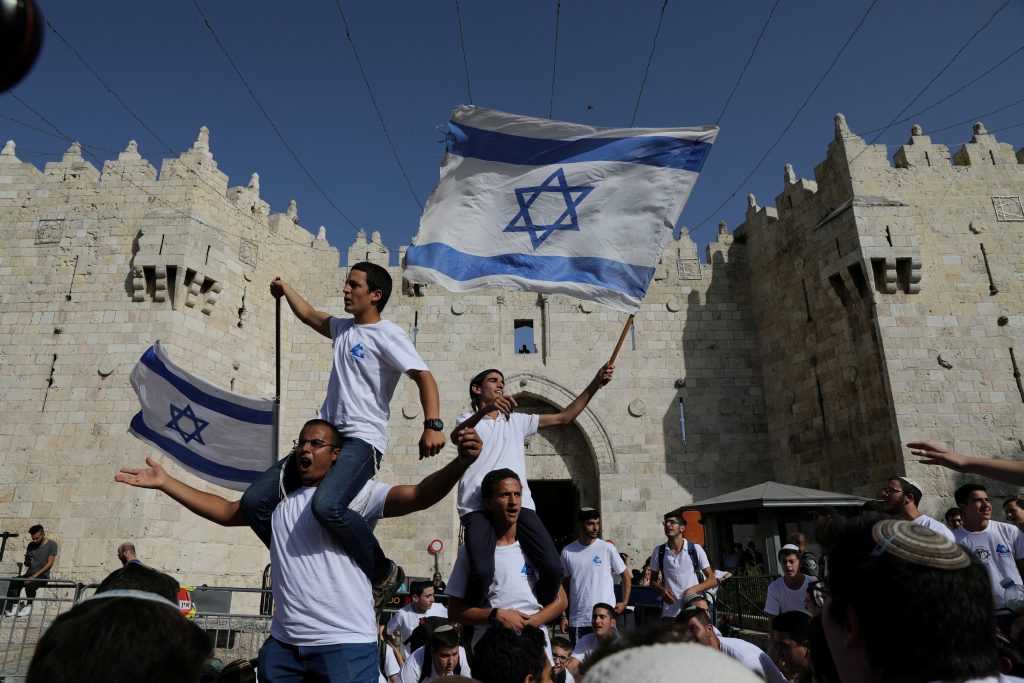 Tens of thousands of flag-waving, young Israelis marched through Yerushalayim on Sunday to mark the unification of the city’s eastern and western sectors in the 1967 Six Day War.

The annual Flag March, as it has come to be called, proceeded with a heavy security escort through the Muslim Quarter of the Old City in what many Palestinians regard as a provocation.

Earlier in the day, Arabs on Har HaBayis were rioting after police decided to allow Jews into the compound. Rioters threw chairs, tables, stones and books at police, who tried to fend off the rioters without firing shots. Police were eventually able to quell the rioting and clear out areas of the site. Police are now present on Har HaBayis and will remain there to prevent another outbreak of rioting.

The police decision to allow Jews onto the site Sunday was a reversal of its previous position and of policies in years past.

This year, Yom Yerushalayim coincides with the end of Ramadan, and traditionally only Muslims have been allowed on Har HaBayis during that period. It should be noted that there were no Jews on Har HaBayis when the rioting broke out Sunday.

The umbrella group representing Jewish organizations that ascend the mount said that they “were very happy that the schedule of the opening of Har HaBayis to Jews for the first time takes into account events on the Jewish calendar.” Gedolei Yisrael have reiterated numerous times the traditional halachic tenet that ascending Har HaBayis at this time is forbidden for Jews.